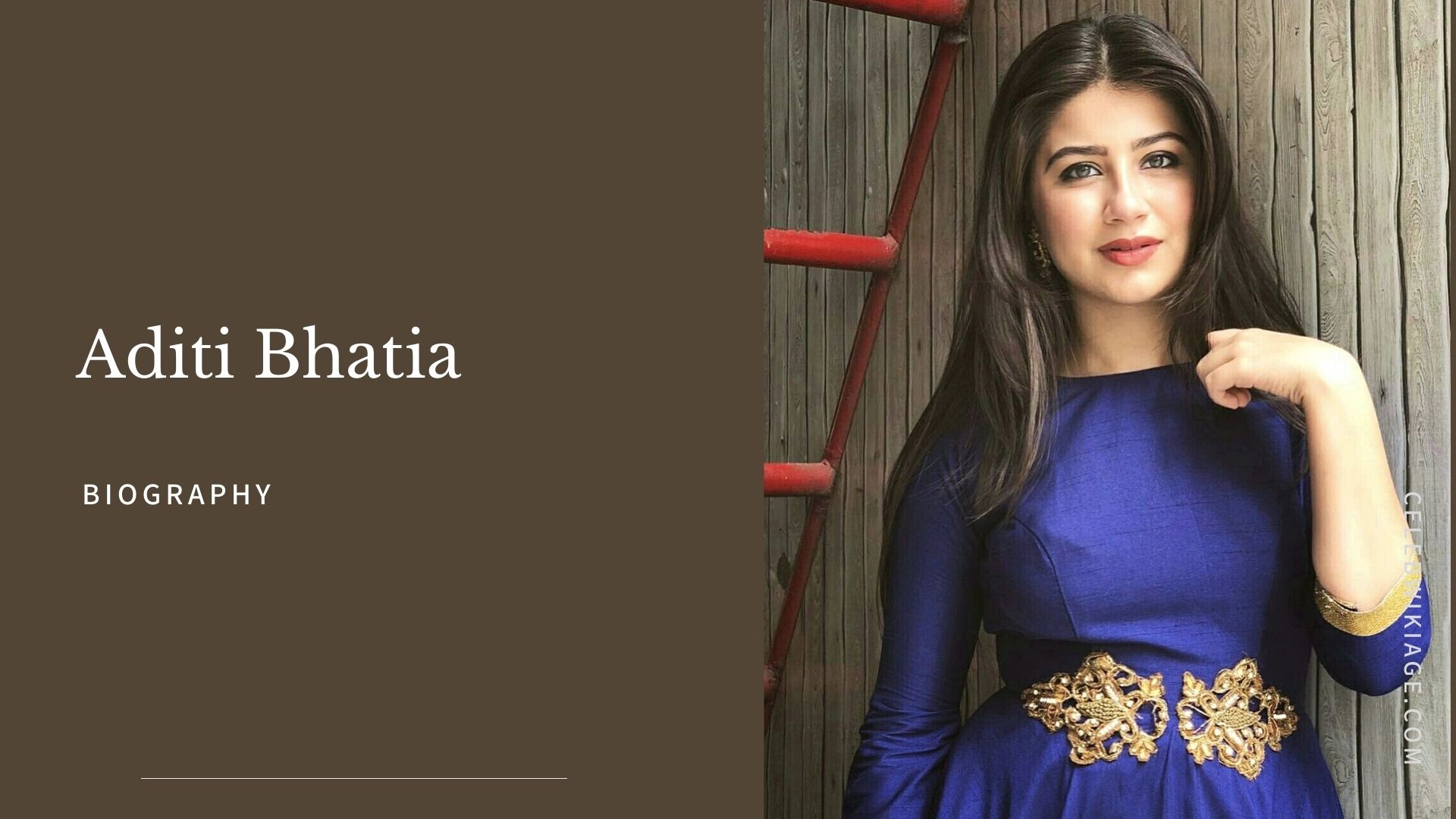 Aditi Bhatia is an Indian television actress. She is known for her character Roohi Bhalla in the television show Yeh Hai Mohabbatein. She started her career as a child artist. Today she is one of the most successful actresses of the Hindi television industry.

Aditi Bhatia was born on 29 October 1999 in a middle class Punjabi family in Mumbai, Maharashtra.Her ancestors belong to Punjab but her grandparents settled down in Mumbai years ago. Her mom Bina Bhatia is a teacher and she is exceptionally close to her mother.

We could not trace her father through, as she seldom appears with her father in front of the media.

While she was in TV serial Yeh Hai Mohabbatein, she met her co-star Abhishek Verma.after that they become close friend & the friendship tured into the relatioship.

She did her schooling from Thakur Public School located in Kandivali at Mumbai.

The diva started her career at a young age and worked in quite a bunch of commercials. The admirable actress is quite the teen sensation and enjoys a huge fan following.

She is one of the most selected actresses of the television industry. She started her career as a child artist.She appeared in various brand advertisements like Amul, Dr, Batra’s & Ariel. Aditi made her career debut at the age of 5 with the TV show Home Sweet Home. After which she also appeared in the films Shootout at Lokhandwala, The Train and Chance Pe Dance.

Aditi worked as a mature actress in the serial Tashan-e-Ishq. In this show, She played the role of Babli Taneja. She gained recognition in the television industry from the serial Yeh Hai Mohabbatein in 2016, in which she appeared in the lead role of Roohi Bhalla.