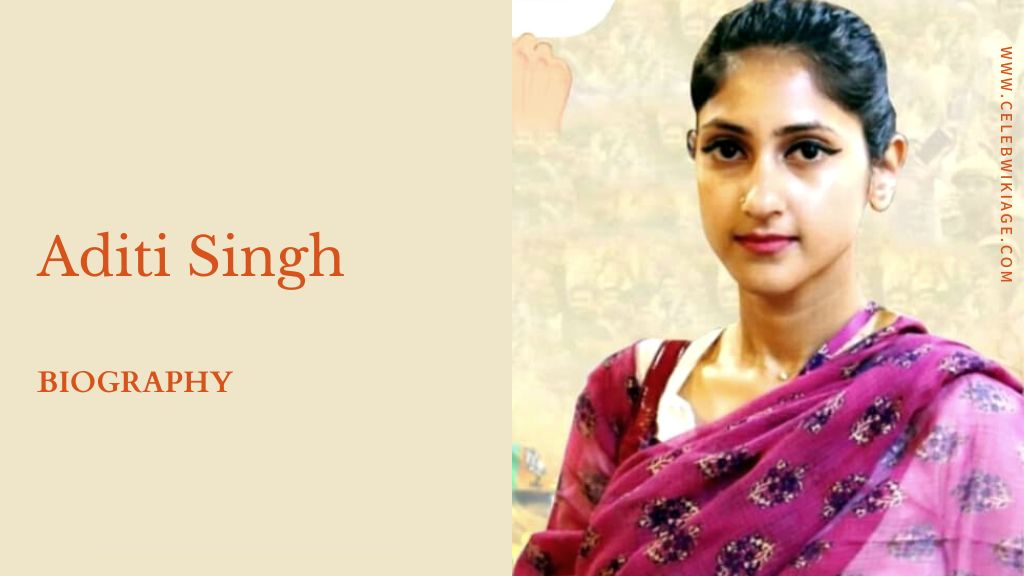 Aditi Singh is an Indian politician. She is an MLA from the constituency of Rae Bareli in the state of Uttar Pradesh. She is one of the youngest members of Uttar Pradesh’s 17th Vidhan Sabha. Recently, she joined BJP in presence of BJP Uttar Pradesh President Swatantra Dev.

Aditi received her early education from schools in Delhi and Mussoorie, after which she went to the United States for further studies where she attended Duke University and earned her management degree. After her studies, she got into politics and became an MLA.

She won the assembly election in 2017 by a margin of more than 90,000 votes on a Congress ticket. After she was suspended from Congress for her connection with BJP, on 24 November she officially joined BJP

The Rae Bareli seat is where Aditi’s family has dominated for nearly three decades. His father, the late Akhilesh Singh, was a Congress MLA here from 1993 to 2007 for the Congress.

The Congress expelled Aditi’s father, Akhilesh Singh from the Peace Party in 2012 before winning as an independent in 2007. But Aditi later took over the seat in 2017 on a Congress ticket.

Who is Aditi Singh?

Aditi is a politician as well as the daughter of politician Akhilesh Singh.

What is the name of Aditi Singh’s father?