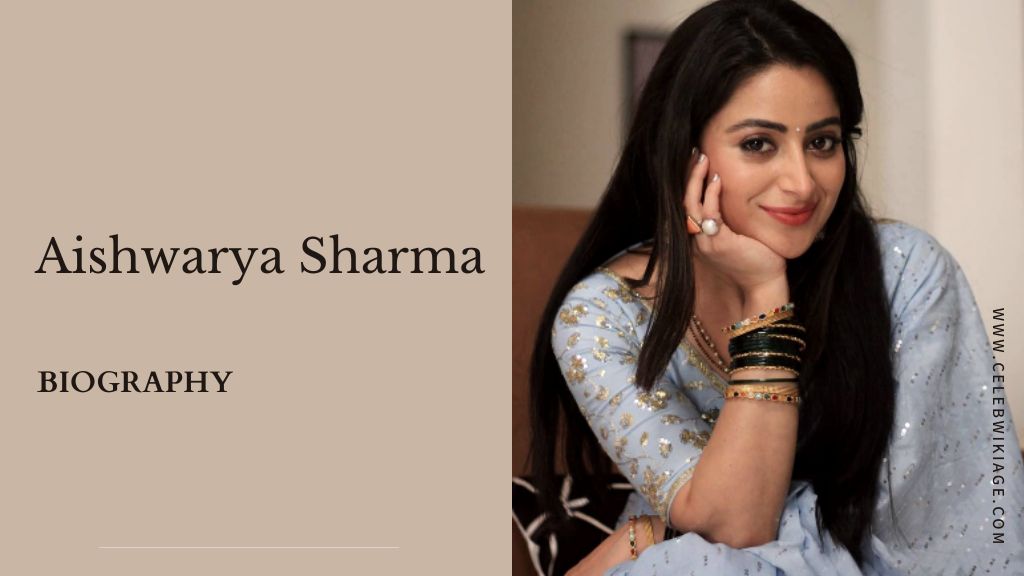 Aishwarya Sharma is an Indian actress, dancer and model who predominantly works in Hindi TV serials and web series. She is best known for portraying Patralekha “Pakhi” Salunkhe in the Star Plus drama series “Ghum Hai Kisikey Pyaar Meiin” (2020) and Amrita in the television serial “Meri Durga” (2017).

Aishwarya Sharma and her husband Neil Bhatt are seen in a new reality show titled Smart Jodi which is airing on Star Plus and Disney+ Hotstar.

Born on 8 December 1992, Aishwarya Sharma’s age is 28 years as of 2021. She was born and brought up in a middle-class Hindu family from Ujjain, Madhya Pradesh, India.

She did her early schooling at SVM School, Rishi Nagar. After that, she enrolled herself at the Indira Kala Sangit Vishwavidyalaya, Chhattisgarh from where she completed her graduation in Electronics and Communication Engineering. She also completed Visharad (6 years course) in Kathak from Khairagarh University, Chhattisgarh.

She was fascinated by acting and modelling since her childhood and has always wanted to be a part of the entertainment industry. She went to Mumbai after the completion of her graduation and within a short period, she received her first breakthrough in the industry as an actress in a supporting role.

Aishwarya Sharma started her career as a model in the entertainment industry after completing her graduation. In 2017, she received her first breakthrough in the industry with her appearance in the TV serial Meri Durga in a supporting role.

After her first on-screen appearance, she featured in various brand endorsements and TV commercials and also collaborates with many popular fashion designers for several modeling shoots.

Recently, she received her first digital project as she made her appearance in the web series Madhuri Talkies which premiered on MX Player’s platform and directed by Arvind Babbal.

This is her first acting project as a lead actress and she gained huge recognition and appreciation among viewers as well as in the industry.

Some Facts About Aishwarya Sharma