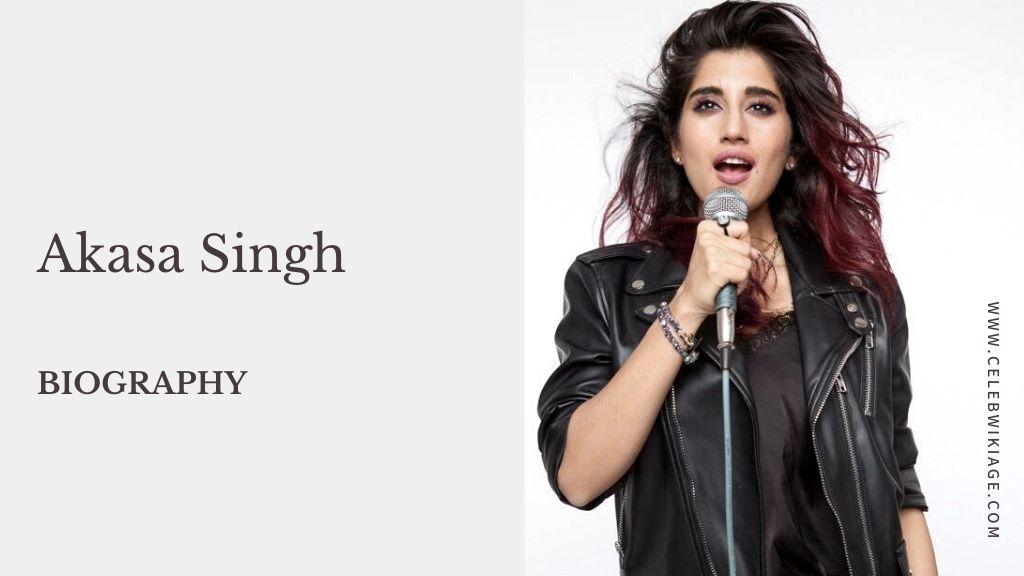 Akasa Singh is an Indian background singer and actress. She gained her popularity in 2016 with the song Kheech Meri Photo from the movie Sanam Teri Kasam.

Due to her beautiful look, she has become famous as a YouTube singer in a limited time. He himself has acted in many of his video songs. All his songs have been liked by a huge number of people, and he has been appreciated for his melodious voice.

She also participated in the Star Plus channel reality show India’s Raw Star 2014 in which Himesh Reshammiya was his mentor. Akasa was also seen as a contestant in the Colors TV show Bigg Boss 15 in the year 2021.

Akasa Singh was born on April 2, 1993 in Mumbai, Maharashtra in a Sikh family to father Arvinder Singh. Akasa belongs to a singer family. His father was a music director and a Punjabi pop singer.

Being born in a musical family, he was in love with music since childhood and after seeing his father, he decided to make a career in the field of music. She worked as a freelance singer before entering the world of glamour.

Akasa has done her early studies and graduated from Mumbai. During her studies, she often participated in singing competitions held in college. In which he has also won many awards for his best singing.

Akasa started her singing career by joining the band of famous singer Mika Singh. where she was the only girl in a band of 10 male members. Mika took him in his singing band and gave him a chance to sing a song as Mika was his family friend.

After that she appeared in many television shows. She came into limelight after the Star Plus TV show India’s Raw Star 2014, in which she starred opposite Yo Yo Honey Singh and Himesh Reshammiya. Impressed by her performance, Himesh Reshammiya, the mentor of the show, promised to help her debut in Bollywood.

As promised by Himesh Reshammiya, Himesh gives Akasa a chance to sing the song ‘Kheech Meri Photo’ from the 2016 film ‘Sanam Teri Kasam’.

Akasa made her Bollywood debut with the song “Kheech Meri Photo” from the 2016 superhit film Sanam Teri Kasam, which was composed by Himesh Reshammiya.

His song Naagin with Aastha Gill also became very popular. Not only this, he also participated in the Amazon Prime Original reality show The Remix as a contestant along with DJ Skip.

Akasa made her television debut as the host of Secret Side on MTV Beats. In the year 2021, she participated in the TV reality show Bigg Boss 15 as a contestant.

Who is Akasa Singh?

Akasa Singh is an Indian background singer and actress.

Who is Akasa Singh’s boyfriend?

What is the religion of Akasa Singh?