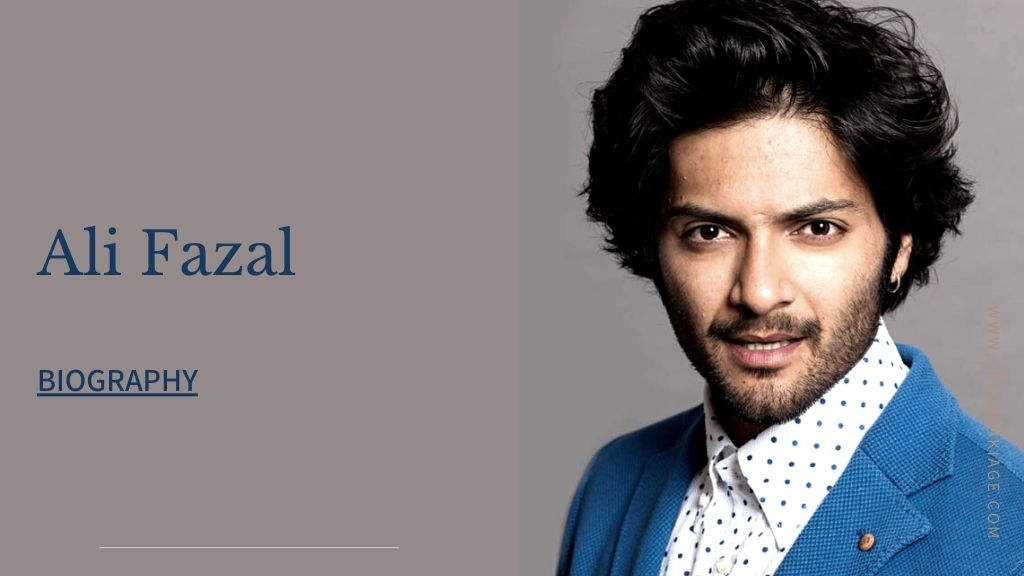 Ali Fazal is an Indian film actor. Ali started his film career with the film 3 Idiots. Ali Fazal is best known for his film Khamoshiyan, apart from films, Ali has appeared in the web series Mirzapur, his character in Mirzapur has been highly appreciated by the audience.

Fazal’s family hails from Allahabad, Uttar Pradesh. He went to La Martiniere College in Lucknow, Uttar Pradesh, and then moved to the all-boys boarding school, The Doon School in Dehradun, Uttarakhand.

Fazal appeared in a small role in the James Dodson—directed romantic comedy film The Other End of the Line (2008).

He next appeared in the American television miniseries Bollywood Hero (2009) where he portrayed the role of Monty Kapoor.

Fazal made his Bollywood film debut with National Film Award-winning 3 Idiots, a film loosely based on the novel Five Point Someone by Chetan Bhagat.

After that Fazal appeared in the film Fukrey. In this film, he played the role of a musician.

In the year 2014, he appeared in a Vikram Bhatt film Khamoshiyan. Which was a horror film. Gurmeet Choudhary, Sapna Pabbi and Ali Fazal were in the lead roles in this film.

In 2021, Ali appeared in the webseries Ray as Ipsit Nair.

In the year 2022, his film Baanwre, Fukrey 3, Happy Ab Bhag Jayegi!, Death on the Nile is going to be released.

Some Facts About Ali Fazal