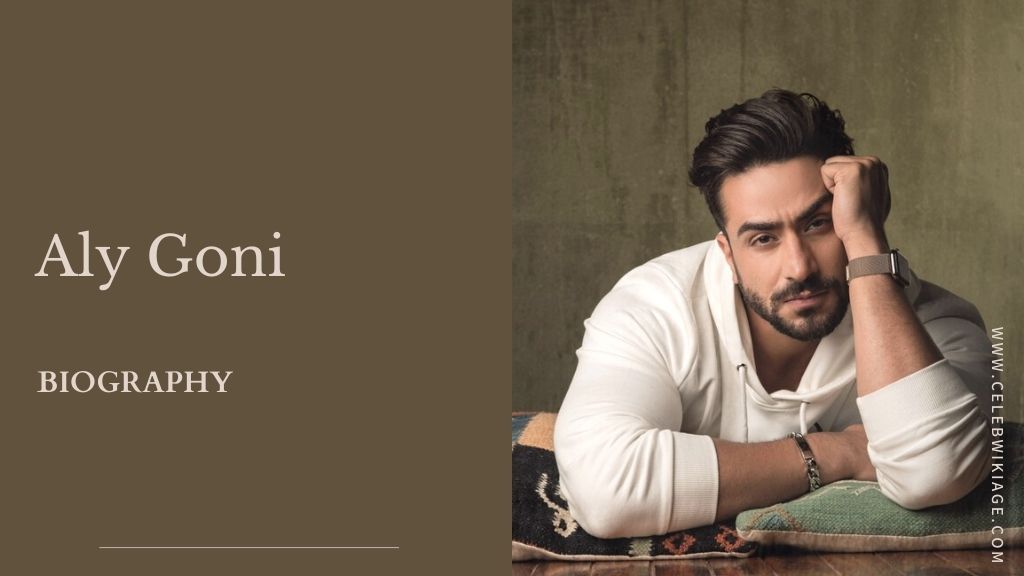 Aly Goni is an Indian actor and model who mainly works in the Hindi television industry. He is known for portraying Romesh Romi Bhalla in Star Plus’s serial “Yeh Hai Mohabbatein” (2012) and for appearing in the Indian television series “Fear Factor: Khatron Ke Khiladi Season 9” (2019) as a contestant.

Born on 25 February 1991, Aly Goni’s age is 31 Years as of 202. He was born and brought up in a middle-class family from Bhaderwah, Jammu & Kashmir, India. His zodiac sign is Pisces.

He did his initial schooling at Delhi Public School, Jammu and Kashmir. After that, he enrolled himself at The Cluster University of Jammu, India from where he completed his graduation.

Since childhood, he had a deep interest in acting and modeling and always wanted to be a professional actor in the entertainment industry. During his college days, he won the IFTI modeling event organized by the Indian Film & Television Institute.

Aly Goni belongs to a Muslim family from Jammu & Kashmir, India. He is an Indian by nationality and follows the Islam religion.

Previously, he was in a relationship with Serbian model and actress Natasa Stankovic, the couple dated each other for a long time after they got separated due to some personal reasons. In 2019, both participated in the dance competition show “Nach Baliye” Season 9 as an ex-couple.

After that, he dated his Yeh Hai Mohabbatein co-star Krishna Mukherjee for some time.

Aly Goni started his career as a model and appeared in many modeling and fashion events. In 2011, he won the modeling contest organized by IFTI (Indian Film & Television Institute) at his college.

He gained popularity as a model after which he made his television debut Indian reality show “MTV Splitsvilla” (2012) as a contestant along with Paras Chhabra.

Later, he moved to Mumbai to pursue his dream of acting and joined the Indian Film and Television Institute.

After some initial struggle, Aly made his acting debut with the Star Plus’s serial “Ye Hai Mohabbatein” (2013) as Romi Bhalla (Mihika’s husband) starring Karan Patel and Divyanka Tripathi. He gained a huge appreciation for his role as Romi and become a household name in the country.

After that, he also appeared in “MTV Splitsvilla” Season 6 as a Guest. From 2015 – 2016, he worked in “Box Cricket League 2” for the team Chandigarh Cubs as a contestant.

He also appeared in the Indian television drama series, “Pyaar Tune Kya Kiya” (2016) as a host by replacing Arjit Taneja.

In 2019, he participated in the “Fear Factor: Khatron Ke Khiladi” Season 9 along with Avika Gor and emerged as 4th Runner Up.

After that, she participated in the “Nach Baliye Season 9” along with his ex-girlfriend Natasa Stankovic and emerged as 3rd runner-up.

He also made his guest appearance in the TV shows like “Kitchen Champion” and “Khatra Khatra Khatra”.

In 2020, he participated in the Indian television reality show Bigg Boss 14 as a wild card contestant along with Sonali Phogat, Pavitra Punia and Eijaz Khan.

Aly Gony was involved in a controversy when he tweeted some controversial posts from his official Twitter account in which he stated his concern regarding the death of late Bollywood actor Sushant Singh Rajput.

According to him, the actor’s demise news was sidelined and other dramas were going on in Mumbai to gain popularity. He didn’t mention anyone’s name in his posts but indirectly comments on the ongoing rivalry between Bollywood actress Kangana Ranaut and Shiv Sena leader Sanjay Raut.

He also commented on the arrest of Rhea Chakraborty and the demolition of Kangana Ranaut’s office by Bombay Municipal Corporation. After his posts, he has to face criticism by his fans, and later he decided to remove his posts.

Some Facts About Aly Goni