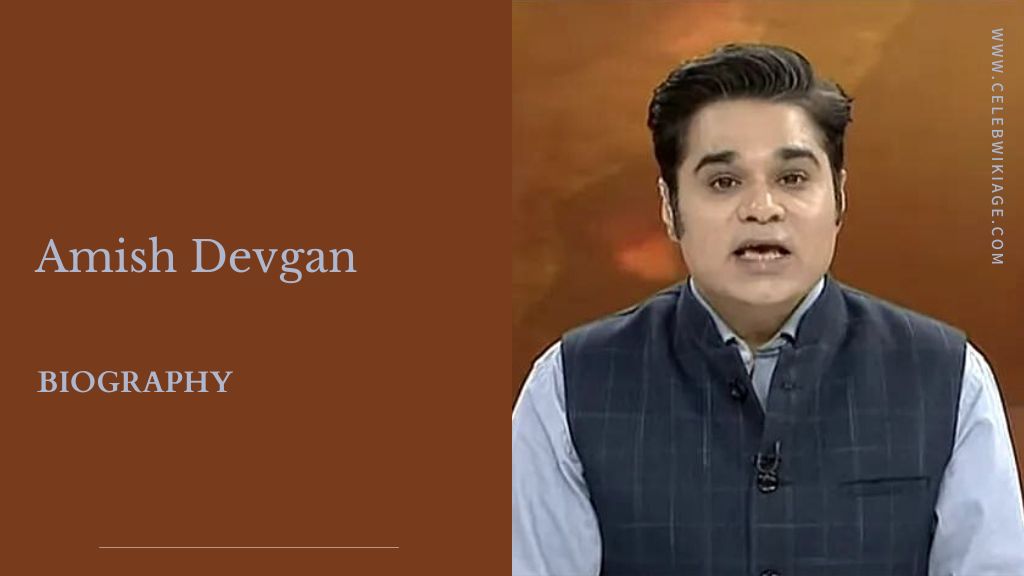 Amish Devgan is an Indian journalist and news presenter. Amish has worked in well-known news groups like Hindustan Times, News India 18 and Zee Media. He is quite popular for his debate show “Aar Paar”. He is associated with this channel as the Executive Editor.

Amish Devgan was born in a middle-class Hindu family in New Delhi. He received his early education in Delhi. After which he obtained a diploma in Mass Communication from Delhi University.

Amish Devgan is married. He is married to Kanika Sharma. they have two children. He lives with his family in a house in Noida.

After completing his diploma, Amish Devgan joined Hindustan Times in 2002 as a desk reporter. A year after that, he joined Zee Media as a business reporter. Zee Group started its exclusive business channel Zee Business in 2005 and seeing the talent of Amish, they were selected as prime time anchor. This is the person due to whom Zee Business got the great success.

After this success, Amish was elected editor and chief in Zee Business, moving from the tag of a prime time anchor. His show prime time on Zee Business became very popular. After some time the Amish moved away from business news and started hosting debate programs on current political competition. They were turning a business channel into a political channel.

There have been many FIRs against Devgan, one of the complaints was registered on 1 May 2020 over his false claims of Muslims offering of namaz in Kurla masjid, Devgan also showed a fake video claiming the gathering of people near Kurla Masjid.

Other complaints were filed against him for defaming Sufi Saint Khwaja Moinuddin Chisti (commonly known as Hazrat Khwaja Ghareeb Nawaz) on 15 June 2020 by saying Lootera (Robber) Chisti, however Devgan after this on 17 June apologised and clarified that he wanted to refer to Khilji (Alauddin Khilji) as a marauder, mentioned the name ‘Chisti’. The Supreme Court of India rejected the plea of ​​Devgan to quash all the FIR against him.

A fake poster of his show also went viral on Twitter claiming Modi was instrumental in the death of Baghdadi, after which Devgan responded and clarified that the poster was fake.

Rajiv Tyagi insulted Amish Devgan on live debate at News 18 India, after which Amish faced many hate comments on his social media posts.

Some Facts About Amish Devgan