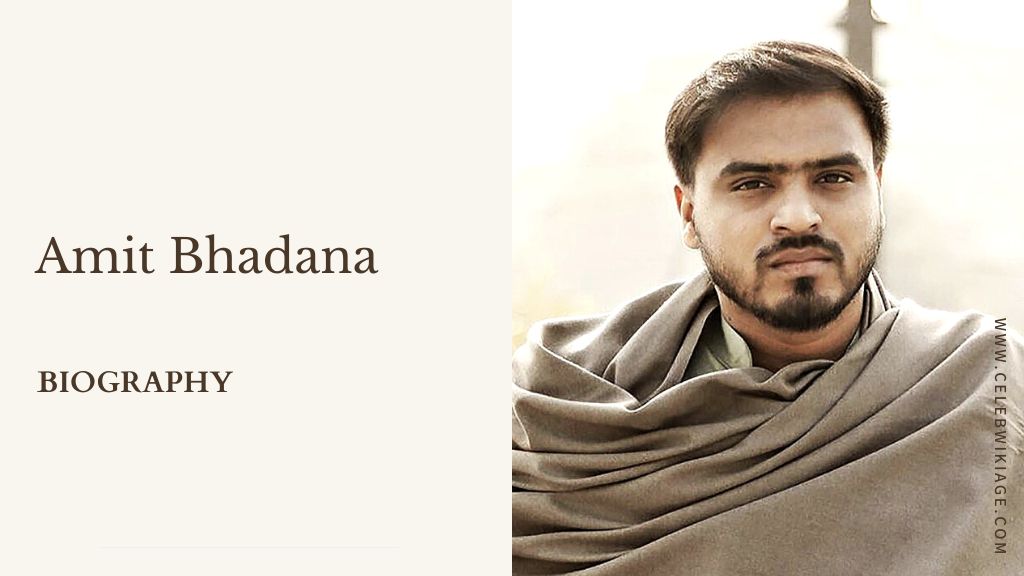 Amit Bhadana is a very famous YouTuber in today’s time. His YouTube channel Amit Bhadana has more than 20 million subscribers. He earns good money from YouTube. His YouTube videos are very much liked among the people.

He started his YouTube career on 18 February 2017. He first made a video for Facebook, which people liked a lot.

Born in 1994 in Johripur village near Delhi. Amit was a brilliant student, but he also had a hidden talent and a love to entertain and make people laugh. But life was not always easy for him. He lost his father at a young age and had to struggle as he came from a middle-class family in India.

Amit hails from Johripur town in North Delhi. He completed his schooling from Yamuna Bihar School and completed his graduation in the field of law. Amit always enjoyed making other people laugh in schools and in his friend circle.

Amit Bhadana uploaded his first video on Facebook. But little did he know that this video is going to bring a new twist in his life. This video was watched by millions of people in a short time and was also liked a lot.

But after all this, people asked Amit Bhadana to pay attention to his studies. He has no future in videos. Still Amit kept it going.

Amit had a shy nature from the beginning, due to which he himself did not want to bring his face in the video. Earlier Amit used to make dubbing videos, but after some time copyright came on his channel and that channel got closed.

Still Amit did not give up and opened a new channel and took himself in the video of that channel. People liked this work of his and Amit is in front of everyone today as a big YouTuber.

Amit has also got offers for movies. But he hasn’t done any movie yet. Till now Amit Bhadana only makes Youtube Videos.

Amit uploads funny videos on his YouTube channel. He himself writes these videos and edits himself completely. Every new video of Amit Bhadana is more different from its previous videos.

Now Amit also makes videos with Bollywood stars to promote his movies. Apart from these, Parmish Verma has also been seen in his video, which has also been liked a lot.

There is a video in the video of Amit Badhana, which is made on the school life of siblings. Amit Bhadana says that this video has given him more success. There are more than 90 videos on his channel now.

Some Facts About Amit Bhadana