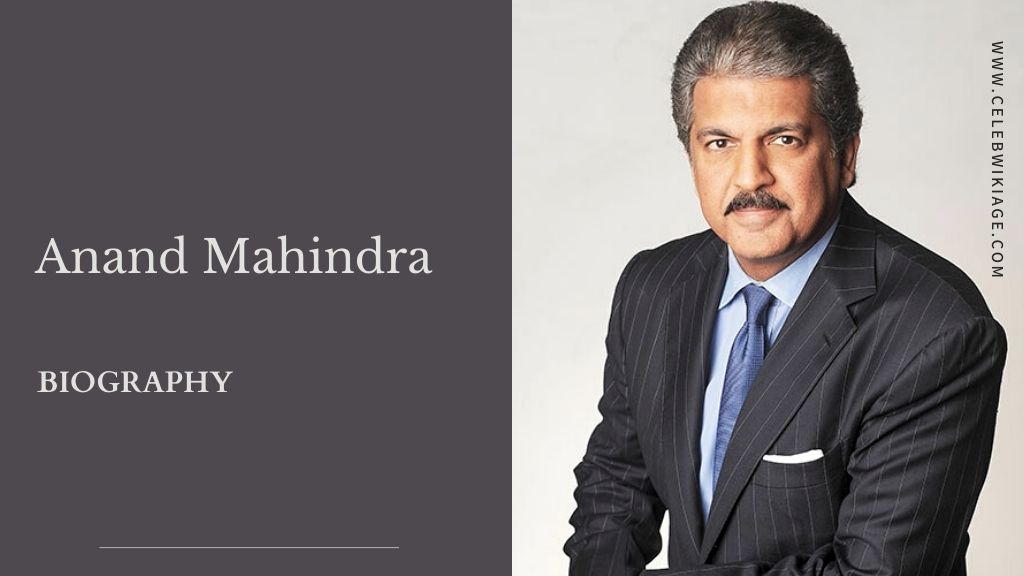 Anand Mahindra is the chairman and M.D. of Mahindra Group. It is one of the biggest companies in India that operates in automotive, aerospace, energy, agribusiness, defence, finance and insurance, hospitality, industrial equipment, real estate, information technology, etc. Mahindra is also a well-known philanthropist, and his social work is praised all over the world.

Anand Mahindra was born in Mumbai on 1 May 1955 and belongs to a famous business family. His father’s name is Harish Mahindra, industrialist and mother’s name is Indira Mahindra. Anand completed his early schooling from Lawrence School, Lovedale.

He has two sisters; Radhika Nath and Anuja Sharma. Anand went on to study architecture and film making from Harvard University in 1977. He completed his Master of Business Administration – MBA from the Harvard Business School in Boston, Massachusetts in 1981.

Anand Mahindra is married to Anuradha Mahindra, His wife Anuradha is the Editor-in-Chief of Rolling Stone India. She is the famous editor of the magazines ‘Man’s World’ and ‘Verve’. The couple together has two daughters.

Anand is the grandson of the co-founder of Mahindra & Mahindra, Jagdish Chandra Mahindra. Anand established a non-government organization, Nanhi Kali that supports education for underprivileged girls in India in 1996.

In 1989 he was appointed as President and Deputy Managing Director of the MUSCO. he initiated the Mahindra Group’s diversification into the new business areas of real estate development and hospitality management.

In August 2012, he took on the role of Chairman of the board and Managing Director of the Mahindra Group from his uncle, Keshub Mahindra.

Anand was a co-promoter of Kotak Mahindra Bank (formally known as Kotak Mahindra Finance Ltd.,.) In 2013, he ceased to be a promoter and stayed on as a non-executive director.

Today, the Mahindra Group is a US$19 billion organisation, and one of India’s top 10 industrial houses.

Anand Mahindra has been tagged as the face of Indian capitalism by The Economist. Forbes India Magazine has recognized him as his ‘Entrepreneur of the Year’ for the year 2013