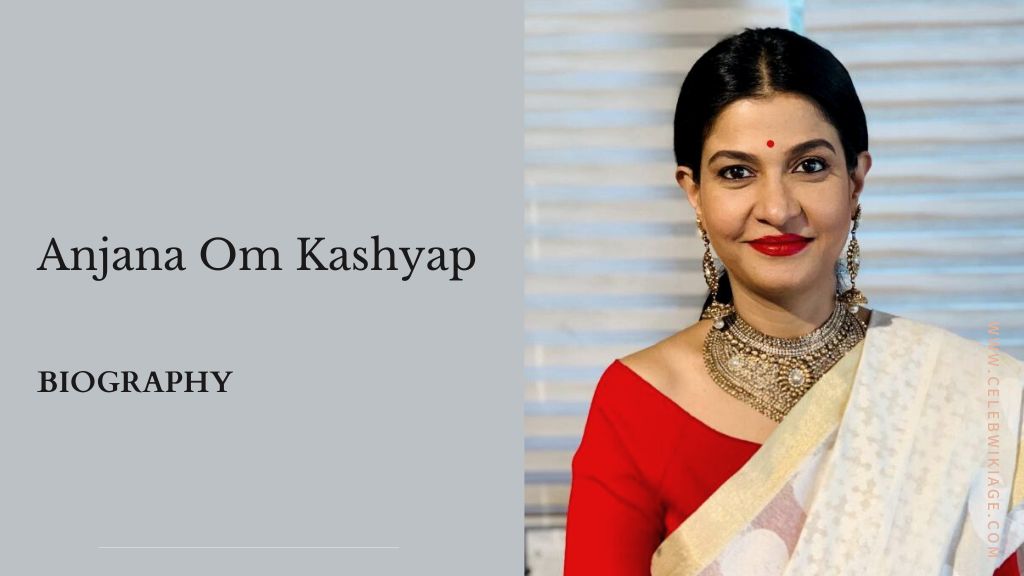 Anjana Om Kashyap is an Indian journalist and news presenter. She is associated with this field for almost 2 decades and is one of the leading media persons of India. She is serving as a news anchor and executive editor to the Hindi news channel Aaj Tak.

Anjana Om Kashyap was born on 12 June 1975 in Ranchi city of Jharkhand. Her father Omprakash Tiwari is a doctor by profession, and has served the Indian Army for a short time in the Bangladesh independence struggle. Anjana received her early education from Loreto Convent School in Ranchi. After which she obtained an Honours degree in Botany from Delhi University. She was not much interested in plant science, so she started taking journalism education. She completed her education from Delhi School of Social Work and Jamia Millia Islamia University.

Anjana is married to 1995 batch IPS officer Mangesh Kashyap. Both of them met for the first time while studying in Delhi University. Mangesh was Additional Deputy Commissioner of Delhi Police and has been working as Chief Vigilance Officer in South Delhi Municipal Corporation since 2016. This couple has a son and a daughter.

Anjana started her journey in 2004 with Doordarshan News TV channel. On this channel she used to host a TV show named “Aankhon Dekhi”. Within a year, she left her first job and joined Zee News. He got a lot of fame in the TV media from this channel. Between 2004 and 2012, she was associated with many big news channels of the country like Star News, News 24 etc.

Some Facts About Anjana Om Kashyap