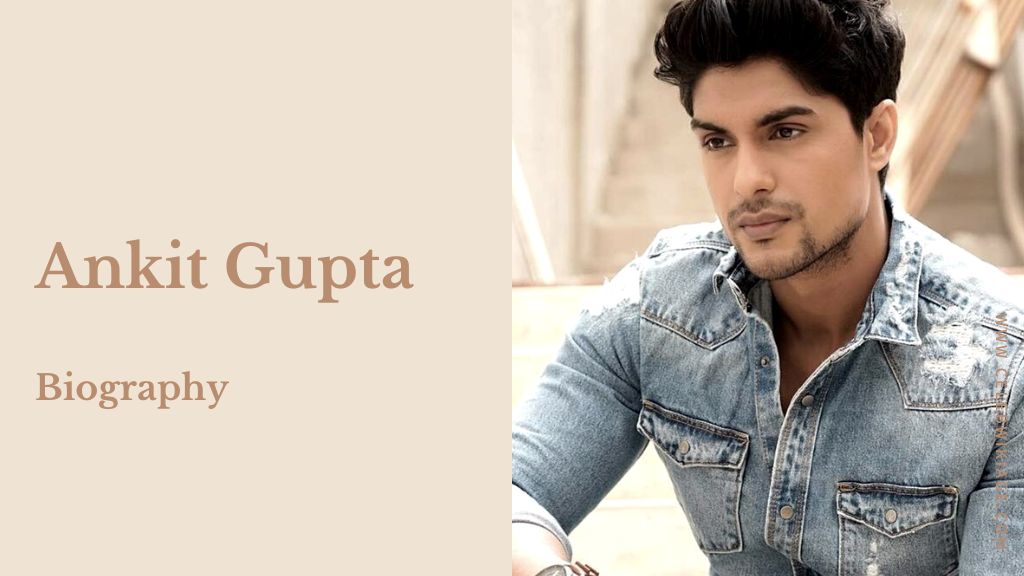 Ankit Gupta is an Indian television actor, best known as Parth Kashyap in Sadda Haq, Garv Priyam Thakur in Begusarai and Fateh Singh Virk in his lead role in Udriyaan.

In October 2022, she was selected as a contestant in Colors TV’s reality show Bigg Boss 16 hosted by Indian actor Salman Khan.

Currently in the news for his show Udaariyan, Ankit has been a well-known face in the TV industry for a long time.

Let’s know who is Ankit Gupta who has got a chance to be a contestant in the house of Bigg Boss 16.

Ankit Gupta was born on 6 November 1988 in Meerut city of Uttar Pradesh. Apart from studies, he was very active in sports and extra-curricular activities and used to participate in various events during his school and college days.

Ankit made his acting debut in the year 2012 as Dr. Abhishek Kumar in the Colors TV series Balika Vadhu.

In the same year, he was seen as Nalendra Yadav in the Hindi film Tutiya Dil. He became very popular among the audience for playing the role of Parth Kashyap in Channel V India’s show Sadda Haq.

Till 2015, this actor was seen in Begusarai. He played the character of Garv Thakur in the show.

Ankit became extremely popular for his pairing with Priyanka Chahar Chaudhary in his TV show, Udaariyan. While she played the role of Fateh Singh Virk, she was seen in the role of Tejo Sandhu Virk. Fans call him #FaTejo and #PriyankIt.

He was seen in the role of Neeraj Shekhawat in Illegal – Nyay, Out of Order. After this Ankit played the role of Inspector Sachin Kadam in Main Hero Bol Raha Hoon.

The grand premiere of Bigg Boss 16 has started from October 1, 2022. The show hosted by Salman Khan is already being liked a lot among the people. From guessing about the upcoming contestants to playing the game themselves to Bigg Boss, this time the show promises to be special.

Ankit has been given a place in Bigg Boss 16 this time but has been a part of Bigg Boss even before this. He came back in the show Bigg Boss 14 as a guest but this year he is a contestant.