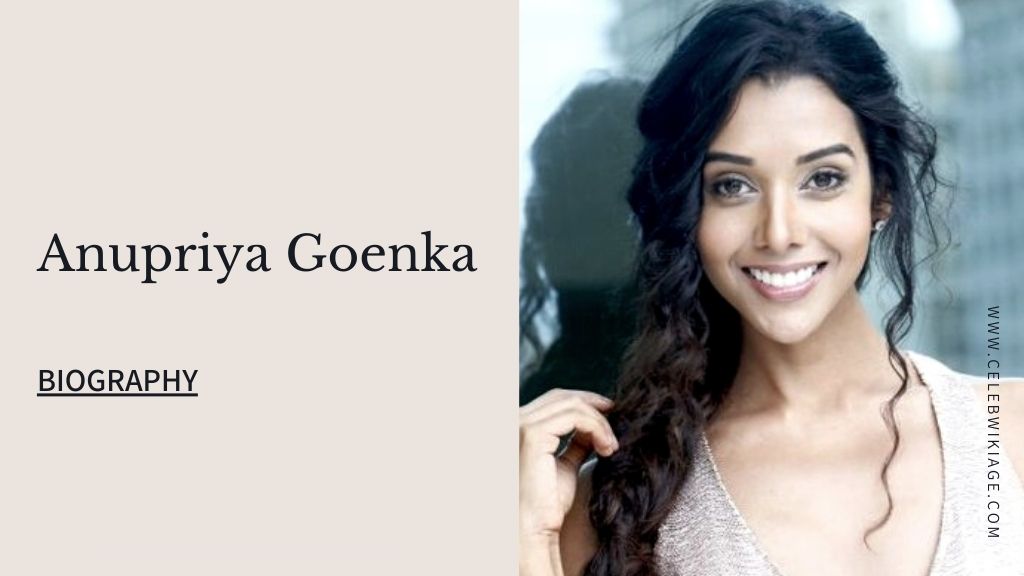 Anupriya Goenka is an Indian film actress, known for her work in Hindi and Telugu cinema. In Hindi cinema, Anupriya is best known for her role as Nagmati in the film Padmavat.

Anupriya Goenka was born on 29 May 1987 in Kanpur, Uttar Pradesh. Anupriya’s father Ravindra Kumar Goenka is a textile industry owner and mother Pushpa Goenka is a housewife. Anupriya has two elder sisters and one elder brother.

Anupriya has completed her schooling from Gyan Bharti School, Saket, Delhi. After that he did his graduation in commerce from Shaheed Bhagat Singh College. Anupriya used to help her father with his business before he finished school.

Anupriya moved from Kanpur to Mumbai, Mayanagari in the year 2008 to try her luck in acting. Before getting work in films, Anupriya worked in many commercial advertisements, in which she also became a part of UPA government’s Bharat Nirman campaign. Apart from this, he also worked in many TV commercials which include Coke, Garnier, Stayfree, Kotak Mahindra, Dabur etc.

In the year 2017 she appeared in the action thriller film Tiger Zinda Hai playing the character of Nurse Poorna. After this, she played the role of Shahid Kapoor’s first wife i.e. Nagmati in the Sanjay Leela Bhansali-directed film Padmavat, which was highly appreciated by the critics. Apart from this, he is active in the film world, working in many Hindi and Telugu films.

In 2018 she was seen in the film Padmavat and in 2019 in the film War. Soon her film Mere Desh Ki Dharti is going to be released, she will be seen with Divyendu Sharma.

Some Facts About Anupriya Goenka