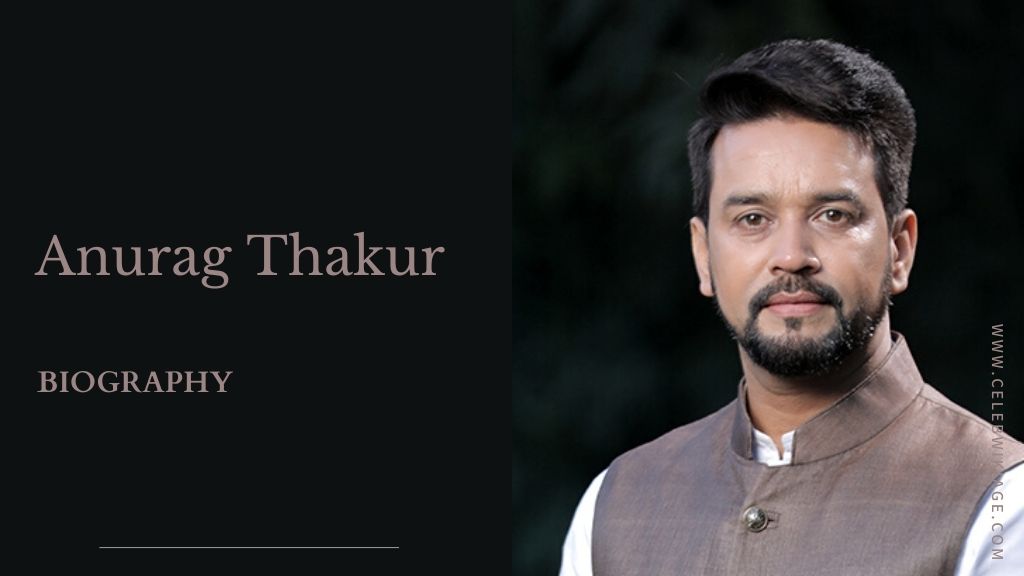 Anurag Thakur is the Union Minister of Information & Broadcasting and Youth Affairs & Sports. He is a 4th term Member Parliament (Lok Sabha/Lower House) from Hamirpur, Himachal Pradesh. He previously served as the Minister of State for Finance and Corporate Affairs (31st May 2019 to 7th July 2021).

Later, in 2010 Thakur was appointed the national president of Bharatiya Janata Yuva Morcha.

He was honored with the Sansad Ratna Award in 2019 for outstanding performance in the 16th Lok Sabha.

In May 2019, Thakur became Minister of State for Finance and Corporate Affairs.

On 7 July 2021, Thakur was appointed as the Minister of Youth Affairs and Sports and Minister of Information & Broadcasting. in the Second Modi ministry as part of changes in the Union Council of Ministers.

Anurag Thakur played a Ranji Trophy match against Jammu & Kashmir in November 2000 when he was the president of HPCA.

Thakur served as the president of the Himachal Pradesh Cricket Association for four straight terms since 2000. His tenure saw development of five stadiums in Himachal Pradesh including the stadium in Dharamsala.

In July 2016, Anurag Thakur became a part of the territorial army, becoming the first serving BJP Member of Parliament to become a TA Officer. He has been promoted to the rank of captain.