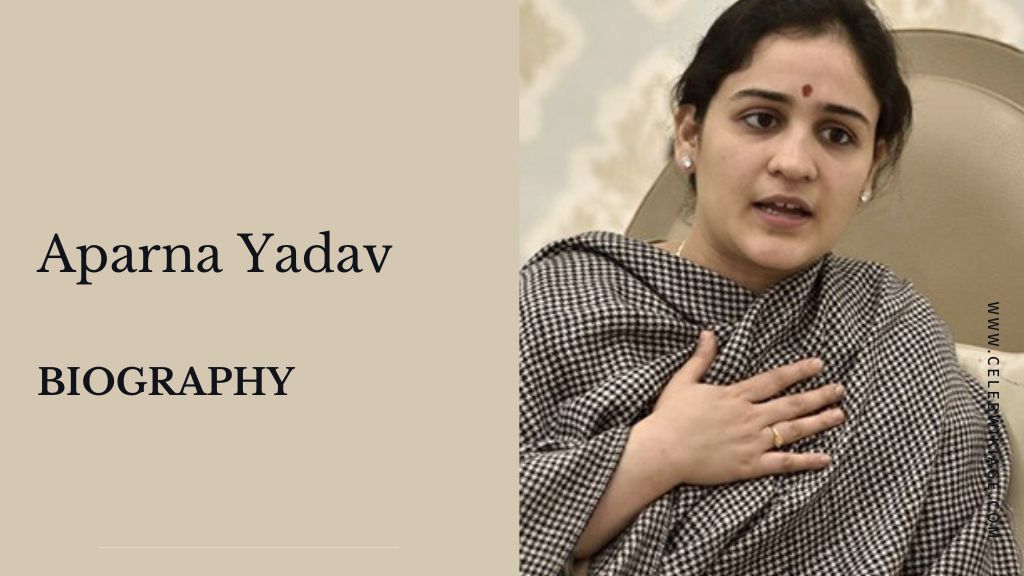 Aparna Yadav is an active politician and social activist in Uttar Pradesh. She is the daughter-in-Law of Former chief minister Mulayam Singh Yadav. She is married to Mulayam’s son Prateek Yadav. She contested the 2017 Assembly elections from Lucknow Cantt constituency but could not pull a victory.

She runs an organisation known as bAware, specially working toward women rights and empowerment. Aparna has made significant contributions towards the issues related to women.

Aparna Yadav was born on 6 February 1990 and her birthplace is Uttrakhand, India. She is also known as the spouse of a well-known entrepreneur named Prateek Yadav.

In addition, she is also the daughter-in-law of Mulayam Singh Yadav, the former Chief Minister of UP and the founder of the Samajwadi Party. She gained lots of popularity in her life.

She completed Master’s degree from University of Manchester. She has perused formal education in classical forms for nine years at BhatKhande Sangeet University. She is specialized in Art of Thumri.

She came into limelight in 2014 when she praised PM Narendra Modi for his Swachh Bharat Abhiyaan.

Aparna Contested from Lucknow Cantt. constituency in 2017 Assembly Elections. She got defeated by BJP candidate Rita Bahuguna Joshi by the margin of 33796 votes.

Just ahead of UP assembly election, Aparna Yadav joined BJP on 19 Jan 2022.