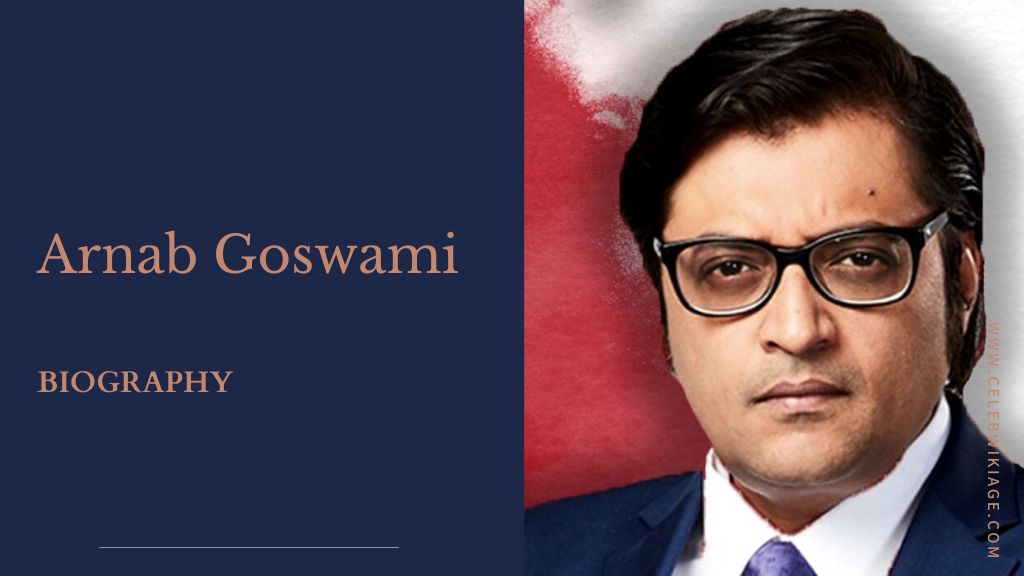 Arnab Goswami is an Indian journalist, TV news presenter and editor-in-chief of the news channel Republic TV. His notable works include The Newshorse, Frankly Speaking with Arnab, The Debate with Arnab Goswami and The Nation Wants to Know. He started his career with journalism in the year 1995. He is known for his aggressive journalism.

Arnab Goswami was born on 7 March 1973 in Guwahati, Assam to Manoranjan Goswami and Suprabha Gain-Goswami. Arnab’s father served in the Indian Army and later, joined the Bharatiya Janata Party, while his mother is a writer.

Arnav Goswami was born on 7 March 1973 in Guwahati, Assam to Manoranjan Goswami and Suprabha Gain-Goswami. Arnab’s father served in the Indian Army and later, joined the Bharatiya Janata Party, while his mother is a writer.

He holds a BA in Sociology from Hindu College, University of Delhi. (Hons) degree. Arnav then moved to England in 1994 to pursue a Master’s in Social Anthropology from St. Antony’s College, Oxford University. Arnav was Felix’s scholar at Oxford. Arnav married his college sweetheart Samyabrata Ray Goswami after returning from Oxford and now the couple has a son.

In 2000, Arnav was a visiting DC Pavet Fellow in the Department of International Studies at Sydney Sussex College, Cambridge University.

Arnab Goswami started his career in journalism with Kolkata’s English newspaper ‘The Telegraph’, but Arnab did not stay here for long and within a year moved to Delhi and joined NDTV. At NDTV, Arnav anchored ‘News Hour’ as well as started the ‘News Tonight’ program aired for DD Metro. In 2004, Arnav won the Asia’s Best News Anchor Award at the Asian Television Awards for ‘Newsnight’.

He is the Managing Editor of Republic TV. On May 6, 2017, Arnav started his new channel Republic TV which was funded by Asianet. Republic TV was India’s only news channel which became the most-watched English news channel for 100 consecutive weeks after its inception.