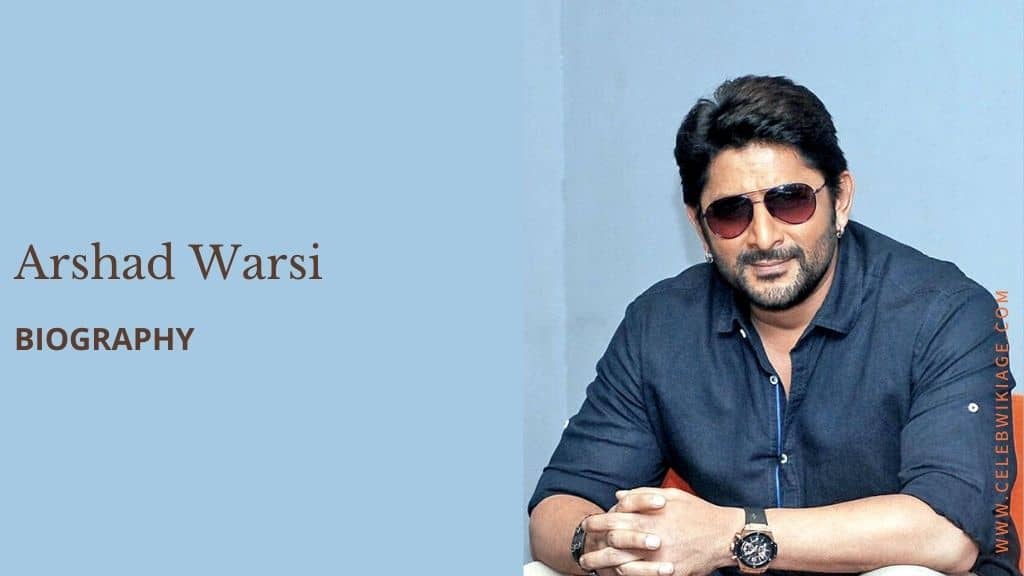 Arshad Warsi is an Indian actor, dancer, producer, and television personality. He is one of the top senior actors who appears in the Bollywood Industry.

Arshad Warsi was born on 19 April 1968 in Mumbai. His parents died at the age of 14, after which Arshad’s life was spent in great difficulties.

In the year 1999, Arshad married Maria Goretti, a former VJ. They both have two children.

He worked with Mahesh Bhatt as an assistant director in the 1987 film Thikana and Kash.

In the year 1991, He won the title of Indian Dance Competition and at the age of 21 won the fourth prize in the Jazz category at the Modern Dance Championship held in London. With the money won, Arshad Warsi opened his dance studio named Ausam.

Due to his ability to dance and a little acting, he got the opportunity to act as a hero in the film for the first time in 1996 when the first film was made under the banner of Amitabh Bachchan’s home production company. Arshad Warsi’s acting career started with the 1996 film “Tere Mere Sapne”.

Arshad played the character of Circuit in the film Munnabhai MBBS, released in 2003, in which his performance was highly appreciated. Critics also praised his comedy timing very much.

After Munnabhai MBBS, Arshad’s many films came which were very successful, the main ones being Maine Pyaar Kyun Kiya, Salaam Namaste, Golmaal and Lage Raho Munna Bhai, Jolly LLB‘, ‘Ishqiya’, ‘Dedh Ishqiya’, ‘Zila Ghaziabad‘ and ‘Irada‘. He also got his first Filmfare Award for the film Lage Raho Munnabhai. Arshad Warsi’s film Ishqiya is one of the most successful films.

Arshad managed to leave his mark not only in films but also on the small screen. Arshad Warsi was none other than the host of the first season of Bigg Boss, the biggest reality show of today’s era. Apart from Bigg Boss, he also hosted the show Sabse Favorite Kaun on Star Gold. In the year 2010, Arshad also appeared as a judge in ‘Zara Nachke Dikha’.

Recently in the year 2020, Arshad played the character of Dhananjay Rajput in the Indian Hindi-language crime thriller web series Asur. Arshad made his OTT debut through this series

How old is Arshad Warsi?

Who is Arshad Warsi’s wife?

Arshad Warsi’s wife’s name is Maria Goretti, they married in (1999), and the couple has a son Zeke and a daughter Zene Zoe.

How much is Arshad Warsi worth?