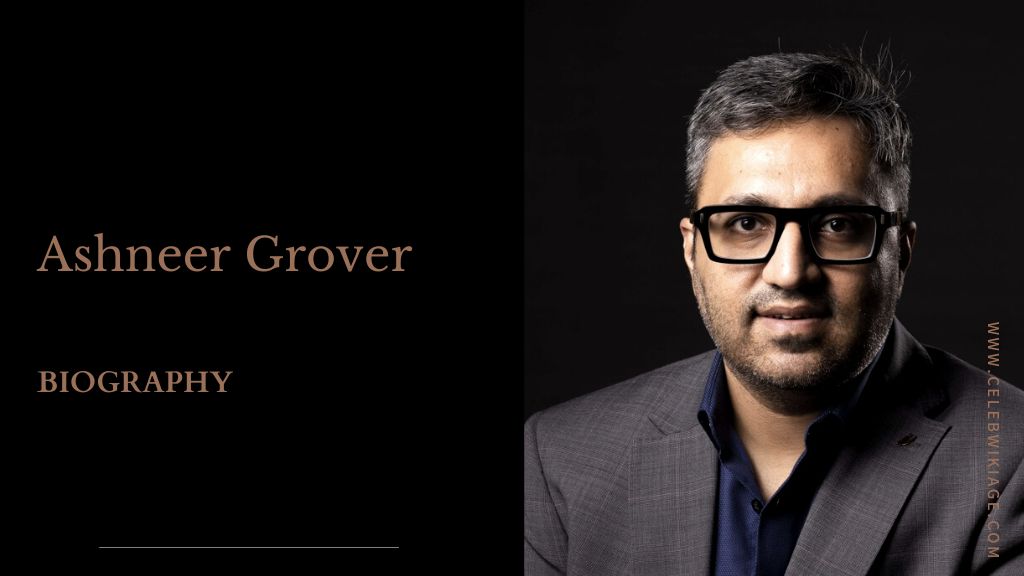 Ashneer Grover is the Founder & Managing Director of Bharat Pe, he is currently judging at the Shark Tank India (Reality show inspired by an American television reality-show).

In January 2022, there was a sudden announcement of Grover taking a voluntary leave from office until March amid his controversial behavior in his interaction with a Kotak bank employee and also on the reality TV show Shark Tank India.

Further, Grover’s wife Madhuri Jain was sacked from her position as Head of Controls at Bharat Pe over of financial irregularities. The company also canceled the stock options allotted to her.

Ashneer Grover was born on 14 June 1982 in Delhi. Ashneer belonged to a family with a rich and educational background. His father is a chartered accountant and his mother is a teacher.

Ashneer was married to Madhuri Jain Grover and they also gave birth to two children, a son and a daughter named Avi Grover and Mannat Grover.

Ashneer has done his B.Tech in Civil Engineering from IIT Delhi. He also went to the University of Insa-Lyon, France for a year.

He was one of the six students selected by IIT Delhi for this exchange programme. After completing his graduation program, the common dream of working for a multinational company brought him to IIM Ahmedabad. He earned his MBA degree in 2006.

Before starting the Bharat Pe he has worked in various companies like Kotak Investment Bank, Grofers, PC Jeweller Ltd and American Express. Bharat Pe, the payment application was launched by Ashneer Grover in 2018, since then the application is in use. At present the application has 1 Crore+ download on Play Store.

Ashneer Bharat Pe basically helps small merchant and Kirana (Grocery) stores in India to maintain their selling, the application Bharat Pe has got good response from its users, in the last two years Bharat Pe has gained more than a million users or Kirana Stores.

Let’s have a look at a few more facts about the Founder & Managing Director of Bharat Pe.

After October 2018 he is acting as Founder and Managing Director of Bharat Pe, and now he is also a judge at the Television reality-show named Shark Tank India.

Ashneer isn’t the only judge of the reality-show, he is one of the seven judges of the show. Six other judges are Vineeta Singh, Peyush Bansal, Namita Thapar, Anupam Mittal, Ghazal Alagh and Aman Gupta.

Who is Ashneer Grover?

Ashneer Grover is the founder of Bharatpe.

Who is Ashneer Grover’s wife?