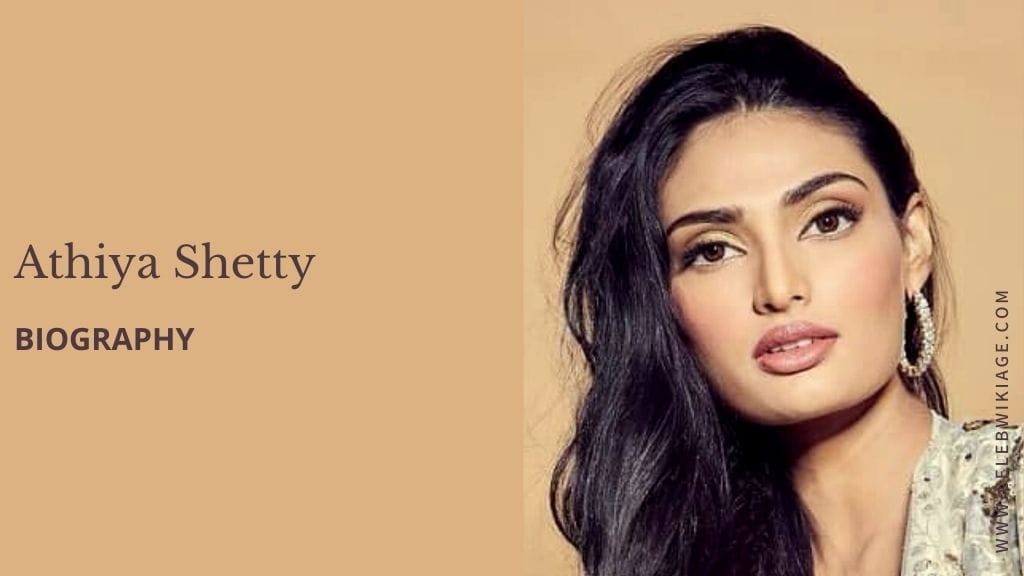 Athiya Shetty is an Indian actress who appears in Bollywood films. She is the daughter of actor Suniel Shetty. She debuted in the romantic action film Hero, for which she received a Filmfare Award nomination for Best Female Debut.

Athiya Shetty was born on 5 November 1992 in Mumbai city of Maharashtra to father Suniel Shetty and mother Mana Shetty. Athiya Shetty belongs to a Hindu Family. She comes from the Bunt community on her father’s side and has a Punjabi Hindu and Gujarati Muslim ancestry on her mother’s side.

His father Suniel Shetty is an actor. His mother, Mana Shetty, is a fashion designer and a social worker. Athiya has a younger brother Ahan Shetty, who is an actor.

Athiya appeared with KL Rahul for the first time in December 2021 at the premiere of her brother Ahan Shetty’s Bollywood debut film Tadap. According to the reports, they are getting married soon.

Athiya had an inclination towards acting since childhood and would often take her mother’s sarong, drape her like a sari, and imitate actresses in her room alone. Before becoming an actress, Athiya worked as an interior designer, fashion designer, chef, architect and waitress in a New York cafe.

Athiya did her early studies at the Cathedral and John Connon School and then joined the American School of Bombay, Mumbai to complete her further studies.

Thereafter, she went to the New York Film Academy to pursue her graduation in filmmaking and liberal arts. Athiya actively participated in activities like sports during her school days. She used to play sports like football, basketball and badminton and was also a part of the swim team.

Athiya made her acting debut in the year 2015 with the Bollywood film Hero in which she played the role of Radha Mathur. She was also accompanied by Aditya Pancholi’s son Sooraj Pancholi in this film.

This was also the first film of Sooraj Pancholi’s career. Both actors and actresses were launched by Salman Khan Film Productions. Although the film was average at the box office.

2 years after the release of her first film, she starred in the romantic comedy Mubarakan alongside Anil Kapoor and Arjun Kapoor. Her film was a huge hit and she was praised for her acting.

In the year 2018, she did a dance performance on the song Tere Naal Nachna in the movie Nawabzaade. In the same year, Athiya got the role of Anita in the Bollywood film Motichoor Chaknachoor, which also starred Nawazuddin Siddiqui.

Athiya is next set to appear in footballer Afshan Aashiq’s biopic film Hope Solo, where she will be seen playing the lead actress.

In addition to acting, she remains the brand ambassador for the Indian franchise of Maybelline New York. Athiya has also featured on the covers of various magazines including Cosmopolitan, Femina, Verve, Vogue, and Hello.

What is the name of Athiya Shetty’s boyfriend?

When was Athiya Shetty born?

Athiya Shetty was born on 5 November 1992 in Mumbai city of Maharashtra to father Suniel Shetty and mother Mana Shetty.

Who is Athiya Shetty’s father?

Who is Athiya Shetty?

Athiya Shetty is an Indian actress who appears in Bollywood films. She is the daughter of actor Suniel Shetty.