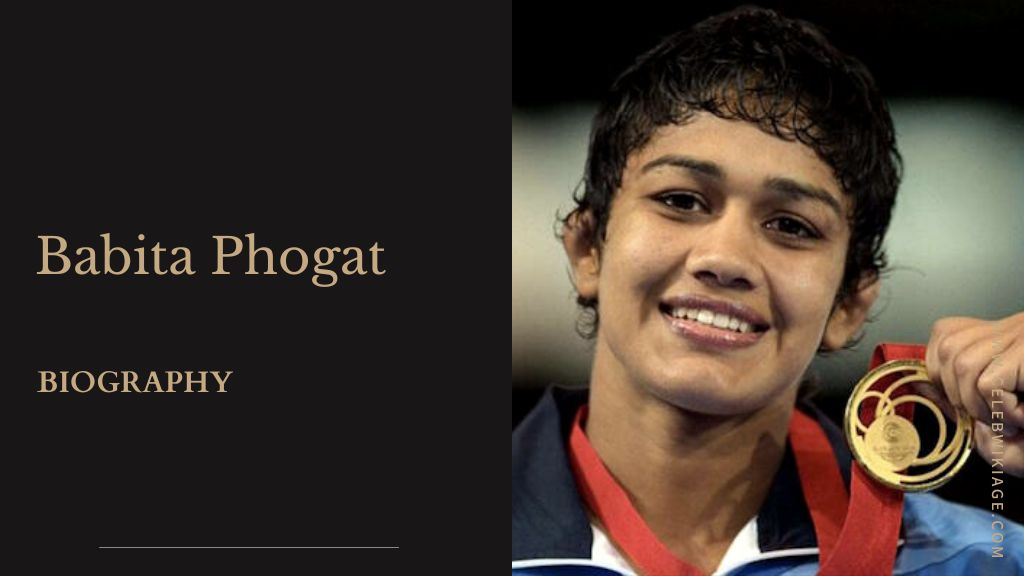 The Phogat family can be said to be the first family of wrestling in India. Though faced with hostility from his own community, wrestler Mahavir Singh Phogat trained his daughters to become the best wrestlers in the world.

Babita was born on 20 November 1989 in the city of Bhiwani, Haryana to a famous Indian wrestler- Mahavir Singh Phogat (amateur wrestler and senior Olympic coach).

Babita’s father Mahavir Singh Phogat is himself a former wrestler. The Dronacharya awardee quit his job to focus solely on the training of his daughters. His mother Daya Kaur is a housewife.

Babita has three sisters and two cousins. These are all wrestlers. His elder sister Geeta and cousin Vinesh have already won several international honours. His younger sisters are also ready to try out in the field of wrestling today. Babita has a younger brother Dushyant Phogat.

Indian wrestling star Babita Phogat got married to fellow wrestler Vivek Suhag on 1 December 2019 in Haryana. During the wedding ceremony, Babita and Vivek take eight pheras (Hindu wedding rituals where a couple goes around a sacred fire) instead of the traditional seven.

This eighth round she took the opportunity to raise awareness about the girl child and took an extra round as a pledge to save, teach and play the girl child.

She and her husband welcomed their first child, a baby boy named Yuvraaj,  on January 11, 2021

Babita’s parents wanted a son before the birth of her and her elder sister Geeta; As her father wanted a boy and made her a world class wrestler. However, after the birth of Geeta and Babita, she broke the stereotype and started teaching them the basics of wrestling in her village.

In an interview, the Phogat Sisters revealed that in order to focus only on their training, their father had ordered them to wear no makeup. They were also instructed to have short hair.

Her father used to bring him to various akhadas in their neighbouring villages where she mostly had to wrestle with boys; Pursuing a career in wrestling is still considered a taboo for women in India; Especially in the northern parts of the country like Haryana.

Some Facts About Babita Phogat

Who is Babita Phogat?

Who is Babita Phogat’s husband?

Who is the coach of Babita Phogat?

What is Babita Phogat’s caste?

When was Babita Phogat married?