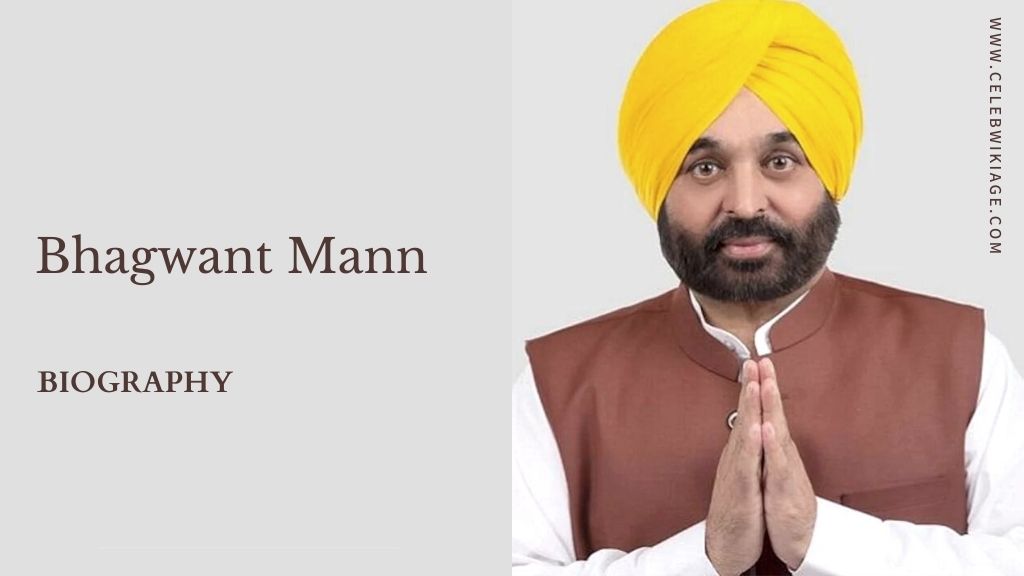 Bhagwant Mann was a comedian and actor, mostly seen in Punjabi films. Now he has established his career as a politician.

Bhagwant Mann was born in Satuj, Sangrur, Punjab. In May 2014, he became an MP from Sangrur constituency in Punjab. He is affectionately called Jugnu.

On 18 January 2022, he was chosen as the Aam Aadmi Party (AAP) candidate for the Chief Minister of Punjab in the 2022 Punjab Legislative Assembly election, based on a public poll in which AAP claims 93% of the voters wanted Bhagwant Maan as the chief ministerial candidate.

On 10 March 2022, he won from Dhuri Vidhan Sabha constituency with a massive margin of 58,206 votes and with the announcement of the legislative results the Aam Aadmi Party gained a full majority in the state. Under his leadership, AAP had won 92 seats out of 117 in Punjab Assembly Elections 2022 and will be sworn in as Chief Minister of Punjab.

Bhagwant Mann was born on 17 October 1973 in a village named Satoj which is located in the district of Sunam Tehsil of Sangrur, Punjab. His father’s name is Mohinder Singh and mother’s name is Harpal Kaur.

He was married to Inderpreet Kaur but later in 2015, they parted ways. They have two children (a boy and a girl). In his spare time, he writes political satire and often plays volleyball.

He completed B.Com first year in 1992 and after that he chose acting as his career.

What is the name of the wife of Bhagwant Mann?

What is the caste of Bhagwant Mann?

When and where was Bhagwant Mann born?

Bhagwant Mann was born on 17 October 1973 in a village named Satoj which is located in the district of Sunam Tehsil of Sangrur, Punjab.

How far have you studied Bhagwant Mann?

Studied till 12 and had enrolled in college to do his B.Com but left his studies in the first year itself.