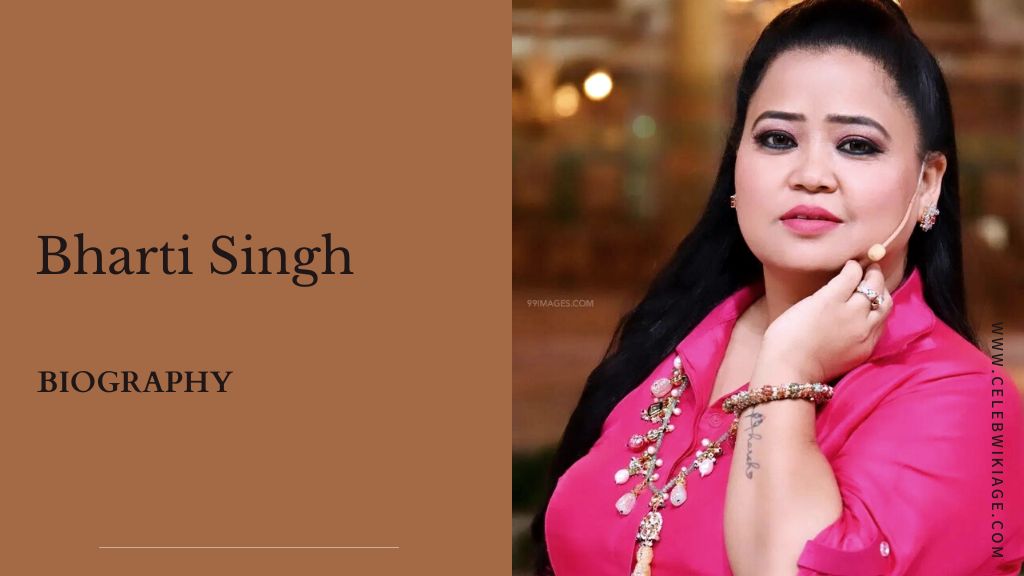 Bharti Singh is a famous Indian comedian, model and actress. She has appeared in many comedy, reality and entertainment shows. Apart from participating in reality shows, Bharti Singh has also hosted a few shows.

On 11 December 2021, she informed about her pregnancy through her Instagram account. Recently Bharti Singh and Harsh Limbachiyaa welcome first child; blessed with a baby boy.

Currently she is working in “The Kapil Sharma Show” with famous comedian Kapil Sharma and other comedians. As of December 2019, she appeared in the show, Khatra Khatra Khatra, conceptualized by her husband Harsh Limbachiyaa for Colors TV. Since 2016, Singh has featured in Forbes India’s Celebrity 100 list.

Bharti Singh was born on 3 July 1984 in Amritsar city of Punjab. Bharti Singh’s journey was not that easy, as her father died when she was still a child, after which her mother single-handedly raised her along with her other two siblings. Bharti has an elder sister Pinky Singh and a brother Dheeraj Singh.

Bharti and Harsh dated for 7 years before getting engaged in May 2017. The couple also participated in the dance reality show Nach Baliye before their wedding in November. They tied the knot in November 2017. It was a huge star-studded wedding and there was a lot of buzz all over the social media.

Ever since Bharti entered the entertainment industry, she has been criticized for her weight. He worked hard to put locks on the faces of all the problems and people and got success in his life.

In a short span of time, Bharti made millions of people laugh with her comedy performances and won many awards. Participating in The Great Indian Laughter Challenge Season 4 (2008) and making it to the top 4 finalists was a big break for Bharti. His comedy was highly appreciated. Since then he hasn’t looked back.

Bharti completed her early schooling from Government School, Amritsar. After that, to complete further studies, he joined the Punjab Technical University, Punjab and earned a Bachelor of Arts (BA) and Post Graduation degree in History.

In 2008, she participated in the stand-up comedy reality TV show The Great Indian Laughter Challenge Season 4 and was one of the top 4 finalists.

In 2010, Bharti got her first role as Aarti Sinha in the TV serial ‘Adalat’.

She also works as a model and has walked the ramp for various fashion designers.

In 2012, she participated in the famous dance reality TV show ‘Jhalak Dikhhla Jaa Season 5’, along with “Savio Barnes”.

In 2016, he participated in the sports reality entertainment TV show ‘Box Cricket League’ (BCL) Season 2 as a player of ‘Chandigarh Cubs’.

In 2018, she participated in the controversial reality TV show ‘Bigg Boss Season 12’, along with her husband “Harsh Limbachiyaa”.

Some Facts About Bharti Singh

Who is Bharti Singh?

Bharti Singh is a famous Indian comedian, model and actress.

Who is Bharti Singh’s husband?

When did Bharti Singh get married?