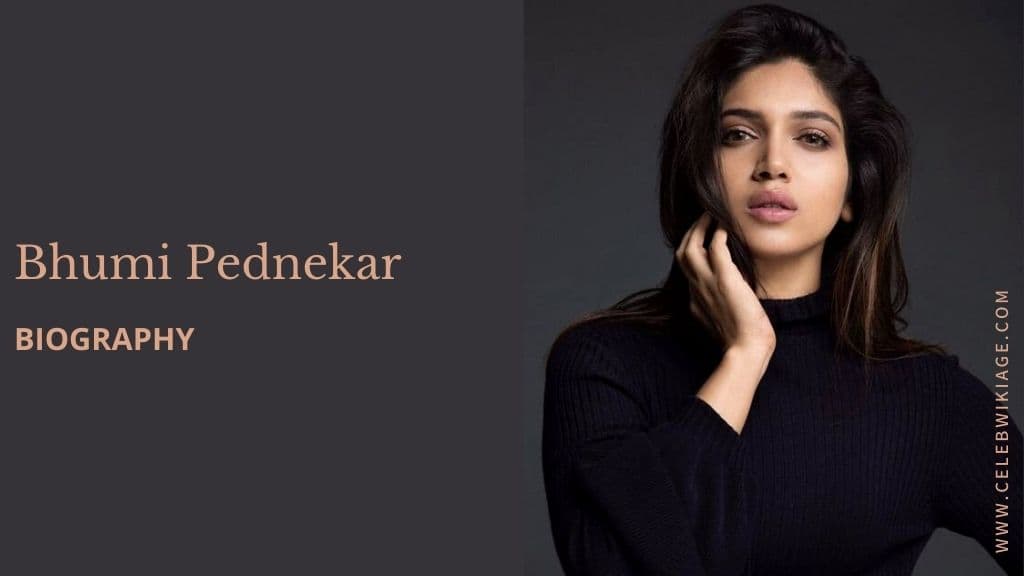 Bhumi Pednekar is a Hindi film actress. She has included her name in the list of popular actresses in a very short time due to her back to back hit films. Bhumi worked as an assistant casting director at Yash Raj Films for some time before making her acting debut.

Bhumi Pednekar was born on 18 July 1989 in Mumbai. Bhumi’s father’s name was ‘Satish’ who has passed away. Bhumi’s mother’s name is Sumitra. Bhumi has a twin sister named ‘Samiksha’. Samiksha is a lawyer by profession.

Bhumi did her schooling from Arya Vidya Mandir School, Juhu, Mumbai. After this she did her college studies from Whistling Wood International Institute of Film, Communication & Media Arts, Mumbai. Bhumi was once expelled from this college for some time due to low attendance. After completing her studies, Bhumi worked as an assistant casting director in Yash Raj Films for about 6 years.

Bhumi worked as an assistant casting director in Yash Raj Films Company for about 6 years. After this, from the year 2015, she thought of focusing on her acting career and in the same year she also made her debut in Hindi films. Bhumi’s debut film was titled Dum Laga Ke Haisha. The film was produced by Sharat Kataria and Bhumi starred opposite Ayushmann Khurrana in the film.

In the year 2017, Bhumi was seen in the film Toilet: Ek Prem Katha. In this film, Bhumi was seen acting alongside actor Akshay Kumar. The film depicted a village where people used to use the fields for toilets. This film was a comedy drama film in which a big issue of the country was presented. The film was highly appreciated by the critics and Bhumi’s character was also highly appreciated by all.

His third film was titled ‘Shubh Mangal Saavdhan’. In the film, Bhumi once again starred opposite actor Ayushmann Khurrana. This film was a comedy drama film.

In the year 2018, Bhumi Pednekar was included in its ’30 under 30′ list by ‘Forbes India’. In the same year, Bhumi was seen in Netflix’s series ‘Lust Stories’.

In the year 2019, Bhumi Pednekar acted in the film ‘Sonchiraiya’. The film was produced by ‘Abhishek Choubey’ and had actors ‘Sushant Singh Rajput’ and ‘Manoj Bajpai’ besides Bhumi as the main characters of the film.

Bhumi’s second film of the year 2019 was titled ‘Saand Ki Aankh‘, in which she starred opposite actress Taapsee Punnu. The film was based on the biographies of Haryana’s shooter grandmothers Chandro Tomar and Prakashi Tomar.

In 2019 she was seen in Bala and Pati Patni Aur Woh, Bala was her third film with Ayushmann Khurrana in which she played a dark-skinned woman who faces prejudice due to her skin colour. Pati Patni Aur Woh was a remake of the 1978 film of the same name, starring Kartik Aaryan and Ananya Panday.

In 2020, her comedy-drama Shubh Mangal Zyada Saavdhan and horror film Bhoot – Part One: The Haunted Ship came, in the same year her film Durgamati with Arshad Warsi in which she appeared in the role of IAS.

What is the age of Bhumi Pednekar?

Which is the debut film of Bhumi Pednekar

In 2015, Bhumi Pednekar made her acting debut in the Bollywood romantic comedy film Dum Laga Ke Haisha alongside Ayushmann Khurrana.

How much does Bhumi Pednekar charge for a movie?

Bhumi Pednekar per movie fee is 2 to 3 Crore rupees.