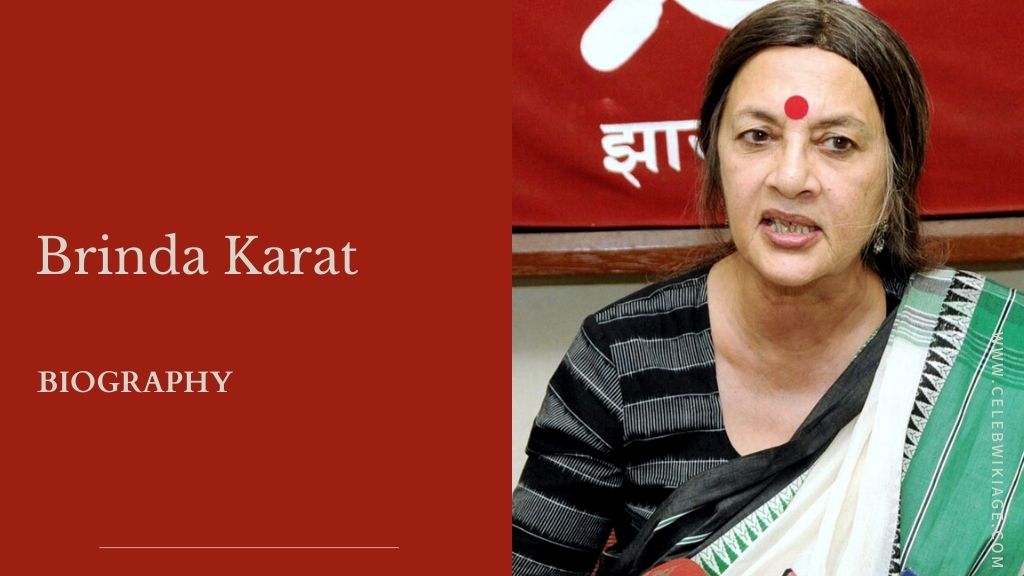 Brinda Karat is an Indian politician, elected to the Rajya Sabha as a Communist Party of India (Marxist) member on 11 April 2005 for West Bengal.

In 2005, she became the first woman member of the CPI(M) Politburo. She has also been the general secretary of the All India Democratic Women’s Association (AIDWA) from 1993 to 2004, and thereafter its vice-president.

Brinda Karat was born on 17 October 1947 in Calcutta. After partition, her father Suraj Lal Das returned to India from Lahore. Brinda Karat’s early education was completed at Welham Girls School, an elite school in Dehradun. At the age of 16, Brinda Karat completed her graduation with History as a subject from Dehradun University after taking a diploma from Miranda House College, Delhi University.

She is married to Prakash Karat in 7 November 1975, a Keralite by origin and a prominent CPI(M) leader. Her sister Radhika Roy is married to Prannoy Roy, founder and CEO of NDTV. In 2005, she participated in Amu, a film made by her niece, Shonali Bose, on the Anti-Sikh riots in 1984. She is an aunt of the historian Vijay Prashad.

In 1967, after graduation from Miranda House, she left for London, where she worked with Air India at Bond Street for four years. While working for Air India, she campaigned against the mandatory wearing of skirts in the airlines rather than the saree. The Air India headquarters finally agreed with her and ever since then women working for the airline in London can exercise a choice of whether to wear a saree or a skirt as their uniform.

While working in London, she became associated with the anti-imperialist, and anti-war movements during the Vietnam War and Marxist ideology and wanted to bring that contextual understanding to India.

In 1971, she decided to leave her job and return to Calcutta. She started her political work as a student activist since under the guidance of the Party she enrolled as a student at the University of Calcutta. Initially she worked with students in the college campus and later during the Bangladesh war at refugee camps in the State.

In 1975, she shifted to Delhi because I wanted to work in the trade unions. At that time our party general secretary was Comrade P. Sundaraiah.

She gained more prestige in the year 1980 for her opposition to flexible Indian rape laws and demanding reforms. Brinda Karat resigned from the Communist Party’s central committee due to lack of importance for women’s participation.

In the year 2005, she became the first woman member of CPI(M) along with becoming a Rajya Sabha member. Even at present, she is working against the unequal mentality regarding women and men.

Some Facts About Brindra Karat