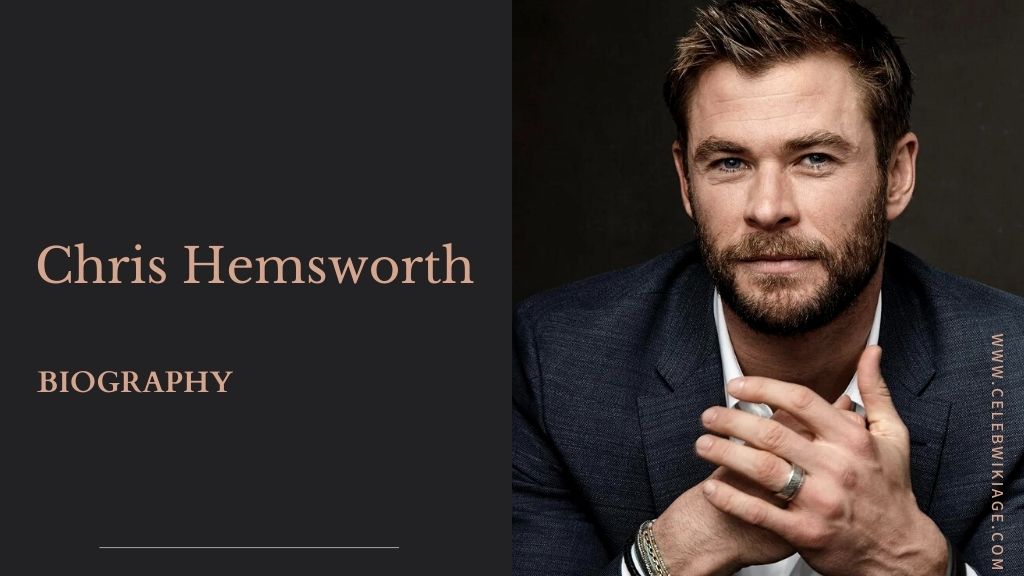 Chris Hemsworth is an Australian actor. Chris Hemsworth first rose to prominence in Australia playing Kim Hyde in the Australian television series Home and Away (2004–07) before beginning a film career in Hollywood. Chris Hemsworth is best known for playing Thor in eight Marvel Cinematic Universe films, beginning with Thor (2011) and appearing most recently in Avengers: Endgame (2019), which established him as one of the leading and highest-paid actors in the world.

Hemsworth began dating Spanish model and actress Elsa Pataky in early 2010, after meeting through their mutual representatives. They married in December 2010. The couple have a daughter born in May 2012 and twin sons born in March 2014. In 2015, the family moved from Los Angeles to Byron Bay, New South Wales, in his native Australia.

Hemsworth was appointed a Member of the Order of Australia in the 2021 Queen’s Birthday Honours.

Hemsworth’s first acting job came in 2002, when he played King Arthur in two episodes of the fantasy television series Guinevere Jones. Like many Australian actors, he cut his teeth with a role (2004–07) on the soap opera Home and Away.

Hemsworth then moved to the United States in hopes of transitioning his acting career to film. He was cast in the role of Captain Kirk’s father in J.J. Abrams’s 2009 movie Star Trek, and that same year he played a menacing hitchhiker in the thriller A Perfect Getaway.

He appeared in the minor action movie Ca$h (2010) before his first outing as the title Norse god in Kenneth Branagh’s Thor (2011). The movie told the story of Thor’s arrogant breaching of a peace and being banned to 21st-century Earth to learn humility. Hemsworth’s light, self-mocking, and human touch in his portrayal of the comic superhero made the film a hit and launched a popular franchise. His performance in Thor: Ragnarok (2017), directed by Taika Waititi, was especially praised. He also played the character in other Marvel movies, including The Avengers (2012).

During this time Hemsworth appeared in numerous other films. He had a leading role in the horror movie The Cabin in the Woods, filmed in 2009 but not released until 2011.

He then portrayed the Huntsman in the reimagined fairy tale Snow White and the Huntsman (2012), a character he repeated in the less -successful The Huntsman: Winter’s War (2016). Other notable roles included that of Formula One race driver James Hunt in Ron Howard’s critically praised Rush (2013), a computer hacker in Michael Mann’s crime thriller Blackhat (2015), and a sexy receptionist in the gender-flipped remake of Ghostbusters (2016).

He gave a well-received performance as an underestimated Green Beret captain in the Afghanistan War story 12 Strong (2018), and he played a heroic mercenary in the action movie Extraction (2020).