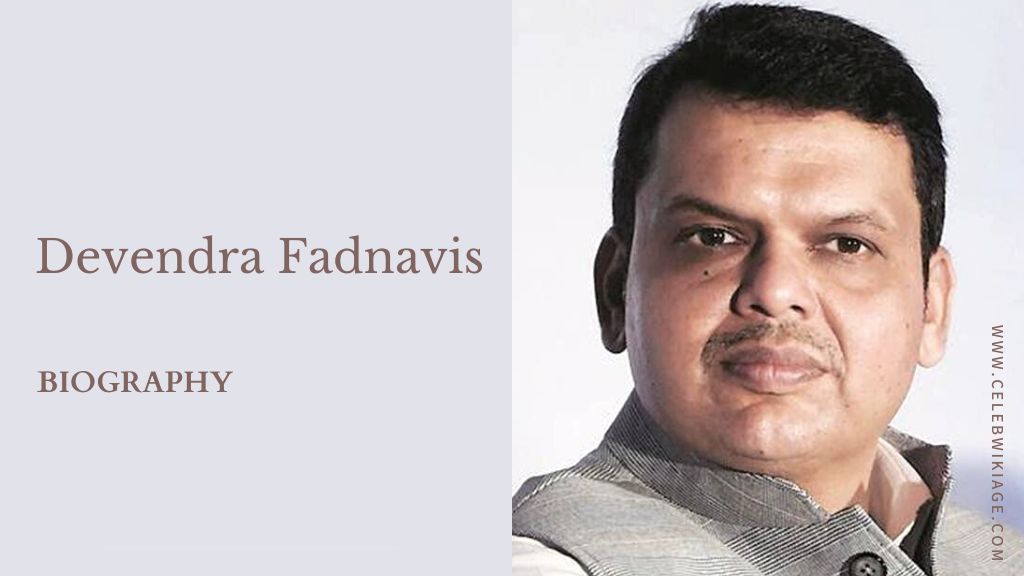 Fadnavis was born in a Brahmin family in Nagpur. His father, Gangadhar Fadnavis, served as a member of the Maharashtra Legislative Council from Nagpur. His mother, Sarita Fadnavis, who is a descendant of the Kaloti family of Amravati, was the former director of the Vidarbha Housing Credit Society.

Fadnavis received his initial schooling from Indira Convent, named after then Prime Minister Indira Gandhi. During the Emergency, Fadnavis’ father, being a member of the Jan Sangh, was incarcerated for participating in anti-government protests. Fadnavis later refused to continue his schooling at Indira Convent as he did not want to attend a school named after the Prime Minister he held responsible for jailing his father. He was then transferred to the Saraswati Vidyalaya School, Nagpur, where he received most of his schooling. After completing ten years of schooling, Fadnavis attended Dharampeth Junior College for his higher secondary. After completing his 12th standard, he enrolled at Government Law College, Nagpur for a five-year integrated law degree and graduated in 1992.

Fadnavis also has a post-graduate degree in Business Management and a Diploma in Methods and Techniques of Project Management from DSE (German Foundation for International Development), Berlin.

Fadnavis began his political career in the mid-nineties. Since that time he served in multiple leadership roles for both his political party and as an elected representative. As a college student, Fadnavis was an active member of the BJP affiliated Akhil Bharatiya Vidyarthi Parishad (ABVP). In the year 1992 at the age of 22 and became a Corporator. 5 years later, in 1997, Fadnavis at 27 became the youngest mayor of the Nagpur Municipal Corporation and became the second-youngest mayor in the history of India.

He is representing Nagpur in the Legislative Assembly of Maharashtra State (Vidhan Sabha) since 1999.

Fadnavis took over as the legislative party leader by the BJP MLAs in the presence of the party’s central observers, Union Home Minister Rajnath Singh and the party’s National General Secretary Jagat Prakash Nadda after being elected to the position. As the leader of the largest party in Maharashtra state assembly, Fadnavis was appointed as the chief minister of Maharashtra on 31 October 2014. His government won a confidence motion by voice vote on 12 November 2014 allowing it to govern.

On 23 November 2019, Fadnavis formed a government with the help of Ajit Pawar of NCP; however, this government only lasted for a few days. During this short period, Fadnavis chaired a climate resilience meeting with representatives of the World Bank, restarted the Chief Minister’s refund cell, and sanctioned ₹5380 crores in aid for farmers.

Fadnavis has been conferred with Honorary Doctorate by Osaka City University, Japan. The 120-year-old university then had so far conferred its supreme honorary degree on only 10 distinguished persons in the world and Fadnavis was the first Indian to be conferred with the same for the socio-economic development in Maharashtra.

In June 2018, Fadnavis received the Outstanding Leadership in Development Award by Georgetown University, The USA which he dedicated to the people of Maharashtra.