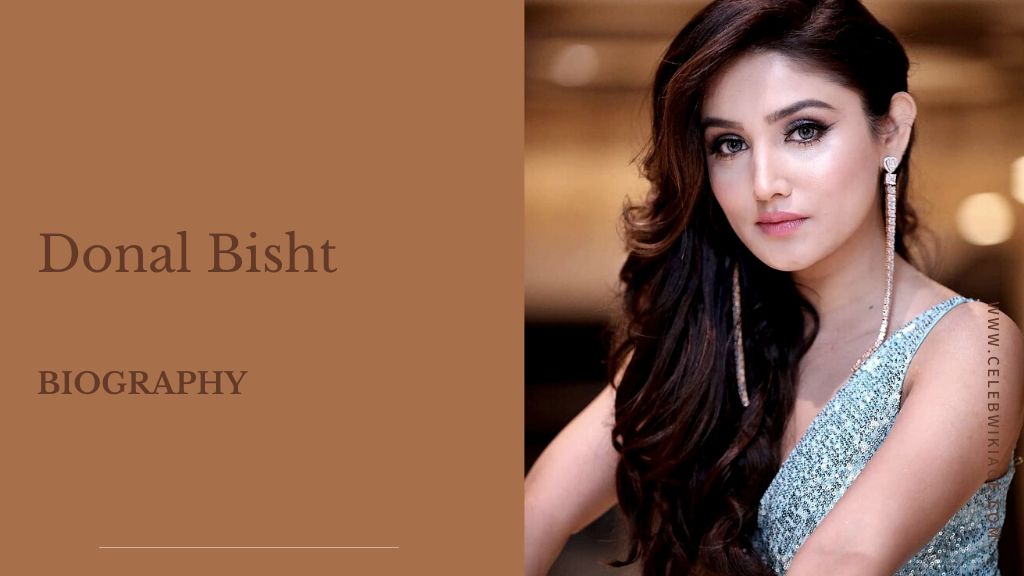 Donal Bisht is an Indian television actress and model. She is best known for playing Sharanya in Ek Deewana Tha and Ishika Patel in Roop-Mard Ka Naya Swaroop. In 2021, she participated in Bigg Boss 15 as a contestant.

Donal, who started her career as an anchor of Doordarshan TV, is ruling everyone’s heart today. At a very young age, he gained fame by making his career in TV serials.

Donal has played more roles in web series as well as doing TV shows as compared to other TV actors and she has also been seen in several music videos.

Donal Bisht was born on 27 August 1994 in Alwar district of Rajasthan to father Jai Singh Bisht and mother Jasumati Bisht. Donal is a resident of Uttarakhand, India. She also has a brother named Ranjan Bisht.

When she was in school, Donal wanted to become a doctor. However, as she grew up, she decided to change her field and entered the media sector.

After completing her education, Donal started working as a journalist for a news channel, and in 2014, she became an anchor for DD National’s Chitrahaar show.

While she was working for the channel, she was asked to interview Bollywood actress Sonali Bendre, when someone noticed her interviewing on TV and asked her to come for the audition.

In her early days, Donal did photoshoots for several brands like SpiceJet, MTNL, Delhi School of Internet Marketing and many other brands from different sectors.

Bisht started her acting career in 2015 with a small role as a journalist in Star Plus TV show “Airlines – Har Udaan Ek Toofan Mein”.

She got her first big break in the year 2015 in the television show ‘Kalash – Ek Vishwas’. The show aired on Life OK till 2017.

In the year 2017, she got her first lead role in Sony TV’s Ek Deewana Tha, where she played the lead role. The double role of Sharanya Bisht and Radhika in the show. She worked with Namik Paul and Vikram Singh Chauhan in the show and the show aired till 2018.

From 2018 to 2019, Donal got a chance to play the lead role of Ishika Patel in Colors TV show Roop Mard Ka Naya Swaroop. Which was very much liked by the audience and Donal came to be known by the people.

In 2020, she was a part of MX Player’s web series Tia & Raj as the lead character. She has also worked in the web series The Socho Project and In Cold Blood.

In the year 2021, she got a chance to participate in Big Boss 15 as a participant.

Who is Donal Bisht?

Donal Bisht is an Indian television actress and model.

Who is Donal Bisht’s boyfriend?

Where is Donal Bisht from?

Donal Bisht was born on 27 August 1994 in Alwar district of Rajasthan.