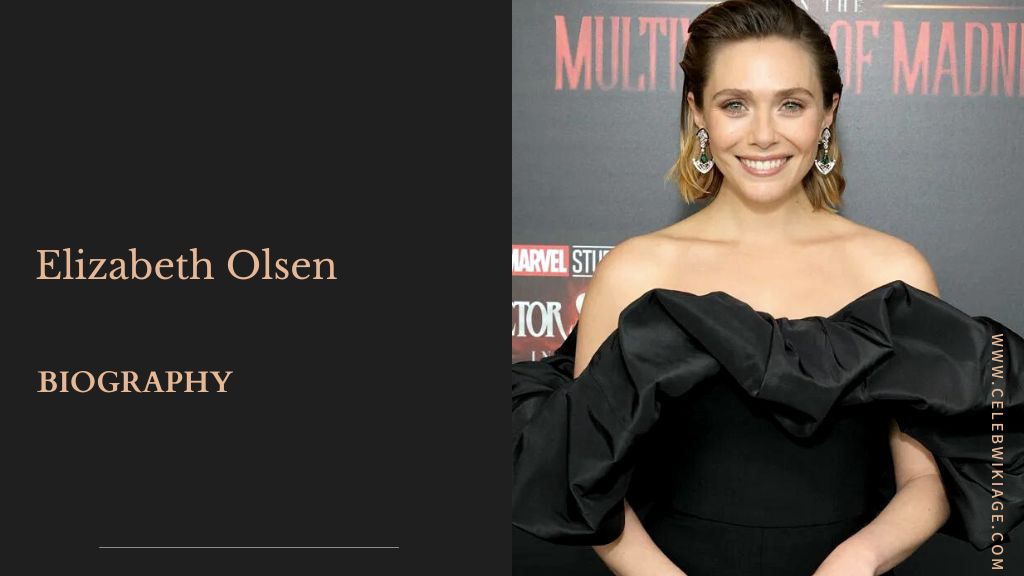 Elizabeth Olsen gained worldwide recognition for her portrayal of Wanda Maximoff / Scarlet Witch in the Marvel Cinematic Universe media franchise, starring in the superhero films Avengers: Age of Ultron (2015), Captain America: Civil War (2016), Avengers: Infinity War (2018) ), and Doctor Strange in the Multiverse of Madness (2022), as well as the miniseries WandaVision (2021).

Her performance in WandaVision garnered her nominations for a Primetime Emmy Award and a Golden Globe Award. Outside of her work with Marvel, Olsen appeared in the monster film Godzilla (2014), the mystery film Wind River (2017), and the dramedy Ingrid Goes West (2017).

She executive produced and starred in the drama series Sorry for Your Loss (2018–2019), earning a Critics’ Choice Television Award nomination for her role as a widow.