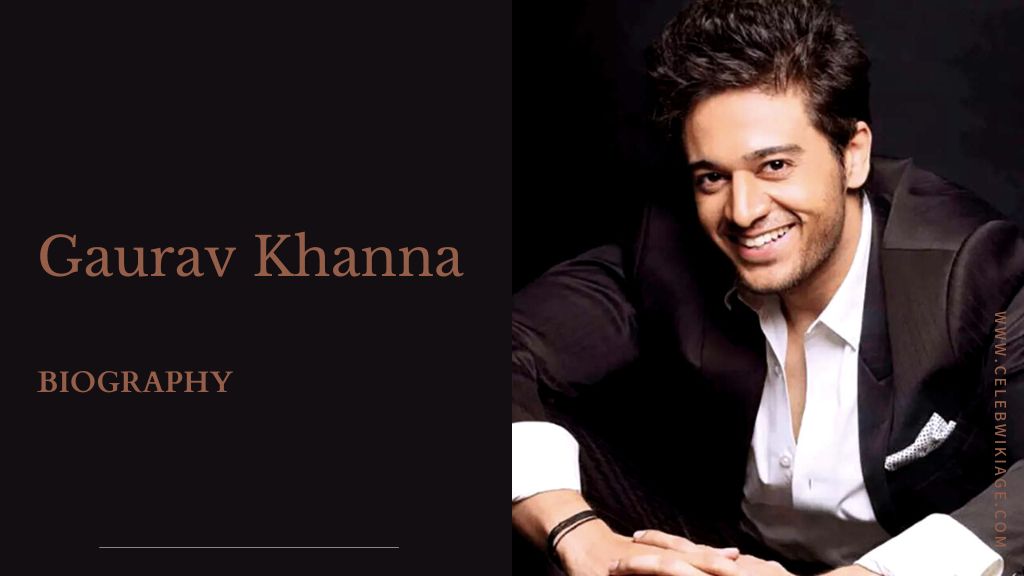 Gaurav Khanna is an Indian television actor and model. He is best known for his roles of Neel in Jeevan Saathi and Akshay in Tere Bin.

Very few people would know that Gaurav had also done a TV serial with Yami Gautam in his early days, at that time Yami was struggling for her career and she was seen in TV serials.

Gaurav married TV actress Akansha Chamola in a short span of time and is currently working hard to make his career.

After his entry in August 2021 Anupama show, he has been a topic of discussion in the media and is entertaining the audience a lot due to his character.

Gaurav was born on December 11, 1980 in Kanpur city of Uttar Pradesh to father Vinod Khanna and mother Sakshi Khanna. His father was in the business of exporter and his mother is a homemaker. Gaurav also has a sister.

Gaurav did not think from the beginning that he could become a TV actor, so he did not pay much attention to acting and after completing his MBA he worked as a marketing manager in an IT firm for almost a year .

He initially struggled to earn money in small TV commercials and was successful in getting a job in advertising and from this his life started to change and with the help of TV commercials, he came to make a career in TV acting.

Actors Gaurav Khanna and Akanksha Chamola got married on Thursday 24 November 2016 in Lucknow. Akanksha Chamola is a TV actress who started her TV acting career in the year 2015 with the TV show Swaragini – Jode Rishton Ke Sur.

Gaurav started his career in TV acting with the hit TV show ‘Bhabhi’. This show came in the year 2006. Gaurav got fame with playing the character of Bhuvan Sareen in the first show itself.

After his first TV show Bhabhi, he played the role of Sharman Wadhwa in the famous TV show Kumkum – Ek Pyara Sa Bandhan in the year 2006 itself. Although Gaurav’s TV career started with the TV show Bhabhi, but got the opportunity to play the lead character for the first time in the TV serial Meri Doli Tere Angana which came in the year 2007.

The year 2009 saw Gaurav playing his role as Abir Bajpayee in the TV serial ‘Yeh Pyaar Na Hoga Kam’ alongside Indian actress Yami Gautam. Coming to films, she has also worked in serials.

In 2008, Gaurav appeared as a contestant in the dance show Jalwa Four 2 Ka 1 which aired on 9x channel. Apart from this he appeared hosting another dance reality show Nach Le Ve with Saroj Khan.

He was also seen in the popular show CID as Senior Inspector Kavin. He entered episode 1060 of ‘CID’.

Towards the end of August 2021, he is playing the role of Anuj Kapadia in the audience’s favorite TV show Anupama. His character is very much liked by the audience.

Who is Gaurav Khanna?

Gaurav Khanna is an Indian television actor and model.

Who is Gaurav Khanna’s wife?

When did Gaurav Khanna get married?

Gaurav Khanna got married on 24 November 2016 in Kanpur.

Whose character is Gaurav Khanna playing in Anupama serial?

Gaurav Khanna is playing the role of Anuj Kapadia in Anupama serial.