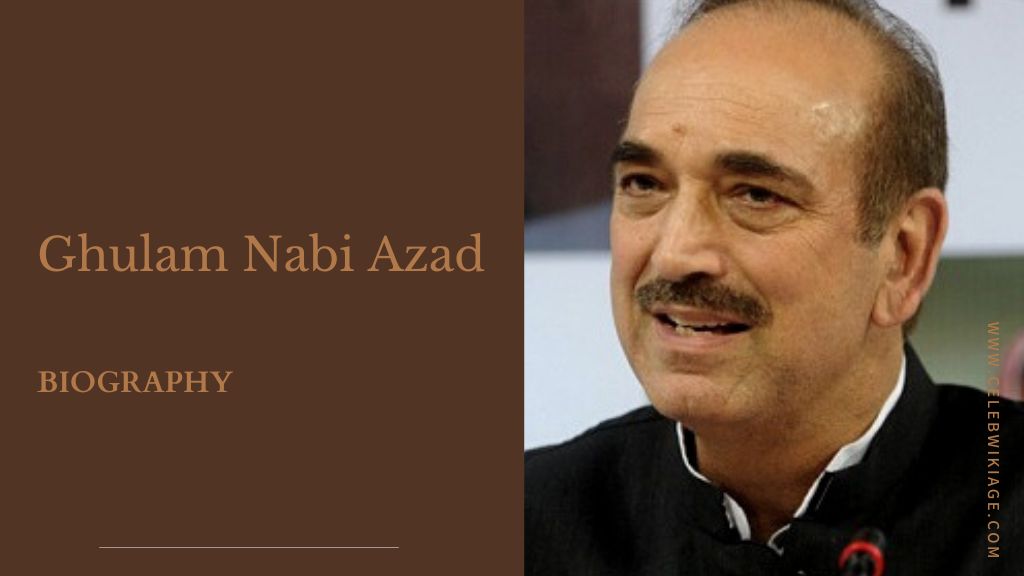 Ghulam Nabi Azad is an Indian politician of the Indian National Congress who was the 7th chief minister of Jammu and Kashmir from 2005 to 2008 and was the Minister of Health and Family Welfare. He served as the Leader of opposition in Rajya Sabha until 2021 February. He will be conferred with Padma Bhushan on the 73rd Republic Day.

Ghulam Nabi Azad was born on 7 March 1949 in Kashmir’s Doda district, which used to be the hotbed of militants. After attending school in his ancestral village he moved out of the native place to the Bhaderwah town to attend college. Azad was considered one of the most ambitious kids growing up in that region. He joined the National Cadet Corps as a student.

He moved to Jammu and finished his Bachelor’s degree from G.G.M. Science College. He completed his Masters in Zoology from Kashmir University in 1972. In 1980, Azad tied knot with a renowned Kashmiri singer, Shameem Dev Azad, and they have a son Saddam Nabi Azad and a daughter Sofiya Nabi Azad

Ghulam Nabi Azad has been awarded the Padma Bhushan by the Government of India in the year 2022 in the field of Public Affairs.