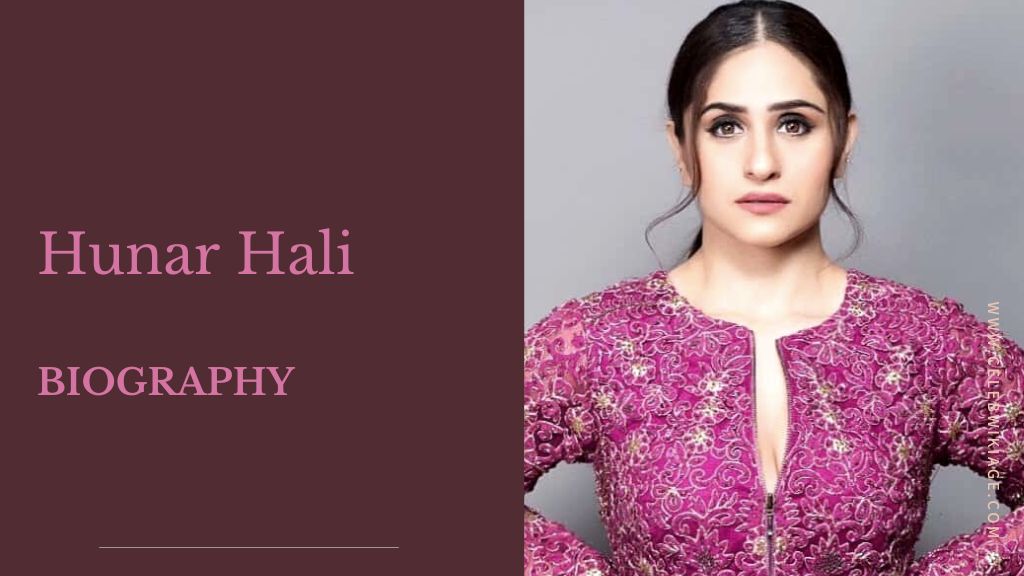 Hunar Hali is an Indian television actress. She is known for playing the lead role of Aditi Jaiswal in Chhal — Sheh Aur Maat, Nandini in Ek Boond Ishq on Life OK, and Lovely in Thapki Pyaar Ki.

She was born on 9 September 1989 in Delhi, India. She did her schooling from St. Aloysius High School, Delhi and completed her Bachelor of Mass Media debut from the University of Mumbai.

Hunar Hali made her television debut with Star Plus show Kahaani Ghar Ghar Kii in 2007. After that she did Grihasti as Soni Khuraana on Star Plus. She was last seen as Lovely in Thapki Pyar Ki on Colors TV.

She has also worked in popular tv serials like Sasural Genda Phool, Mukti Bandhan, Dahleez and Ek Boond Ishq. Hule played the role of lead actress for the first time in the TV show Chal — Sheh Aur Maat. Apart from television, she is also active in the film industry. In 2013, she appeared in the role of Dimple in Akshay Kumar’s film Boss.

Talking about her recent TV serials, then Meeta Basu Khurana in Patiala Babes (2018)

Rukmani’s character in Paramavatar Shri Krishna (2019) and in 2021, she has been seen in the character of Genda in Maddam Sir.