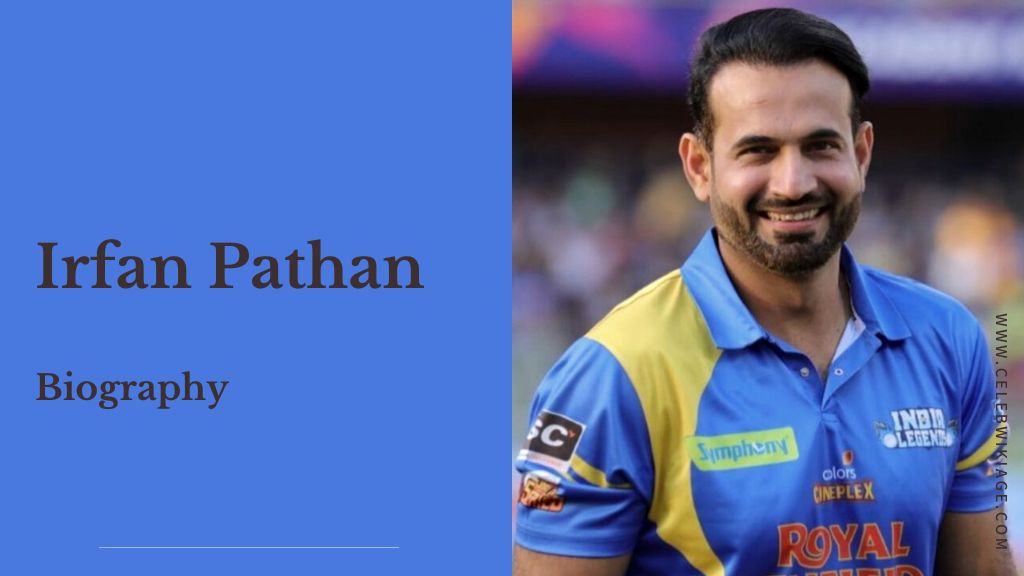 Irfan Pathan is an Indian cricketer, born on 27 October 1984 in Baroda, Gujarat. In his family, father Mehmood Khan Pathan, mother Shamim Banu Pathan and a brother whom everyone knows Yusuf Pathan and a younger sister named Shagufta Pathan.

Irfan married on 4 February 2016 in Mecca under the name Safa Baig. On 20 December 2016, the couple had a son, whose name is Imran Khan Pathan. On 28 December 2021, their second son was born, named Suleiman Khan.

Some Facts About Irfan Pathan

Irfan took his steps in junior cricket at the young age of 13. He has represented the Under-14, Under-15, Under-16 and Under-19 teams well before his age.

From the beginning of his career, Irfan was coached by former Indian captain Datta Gaikwad. The left-handed all-rounder made his first-class debut during the 2001–02 season.

Irfan was included in the list of emerging players for 2003–04 to play against Pakistan and Sri Lanka. In that tournament he took a total of 7 wickets at the rate of 11 in just three matches, after his stellar performance in the tournament another breakthrough came in his life when he was selected in the Indian Under-19 team.

After that he was given a chance to play in the U-22 team. In this match, Irfan bowled well with figures of 4/71 and scored 44 runs against Saurashtra. This double performance had an impact on the national selectors, and this proved to be the turning point of his life.

The cricketer, who has been playing Under-19 cricket till now, suddenly got a national call-up to tour Australia and was selected in the Indian international team. Irfan made his international debut on 12 December 2003 in the famous Second Test in Adelaide, in which India created new history on Australian soil by winning the Test match after a long wait of 23 years.

He was the leading wicket-taker for Team India in the 2004 Asia Cup competition and scored 64 runs in the tournament and the year 2003 to 2007 was a golden period of his career.

His ODI form turned out for the team in Test matches as well, scoring 93 runs in a Test match against Sri Lanka with the bat, and hitting fifties in other matches.

With memorable performances for the team in the blue jersey, the BCCI offered him a Grade A contract in the year 2006, and he was even compared with the legend of Indian cricket, Kapil Dev.

Irfan Pathan was also a member of the 2007 World Cup squad, and then he was one of the senior players of the youth team.

In the first season of IPL, Irfan Pathan started his IPL career with the team of Kings XI Punjab. He played his first IPL match on April 19, 2008 against Chennai Super Kings.

He joined Delhi after his spell with Kings XI Punjab. After spending 2 seasons with Devils, he joined the three-time IPL champion Hyderabad team.

After Hyderabad, he played his game for Chennai Super Kings in 2015 and then for Rising Pune Supergiants in 2016 and Irfan Pathan last played an IPL match for Gujarat Lions in 2017.

On 4 January 2020, Irfan Pathan announced his retirement from all formats of cricket, he played his last IPL in 2017, and then he went unsold in the last 3 IPL auctions. After retiring, Irfan Pathan started doing cricket commentary.