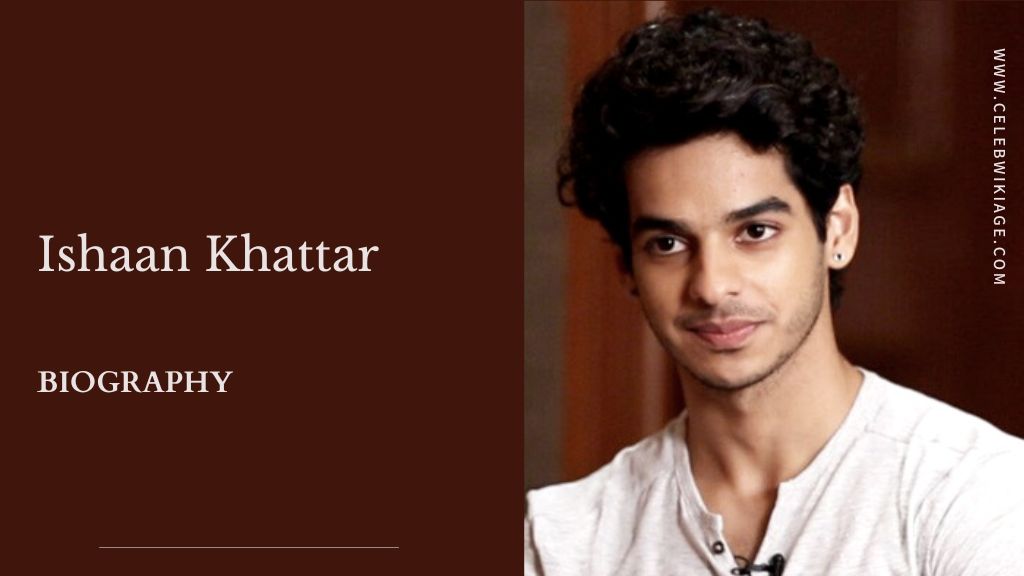 Ishaan Khattar is a Bollywood actor. Ishaan started his film career as a child artist with the film “Vaah! Life Ho To Aisi“, which starred his half-brother Shahid Kapoor. Ishaan is the son of Bollywood actress Neelima Azmi and Rajesh Khattar.

Ishaan Khattar started his film career as a child artist in the 2005 film Wah Life Ho To Aisi. After this, he was seen doing a cameo in the film Udta Punjab released in 2016.

In 2017, he played the role of assistant director in the film Half Widow. He was also seen acting in the 2017 film Beyond the Clouds. But all these films could not give him the recognition he deserved.

In the year 2018, he appeared with Sridevi’s daughter Jhanvi Kapoor in the film Dhadak where everyone praised his performance. Ishaan was also awarded with many awards for this film.

Ishaan’s film ‘Khali Peeli’ is all set to release soon on the online platform ZeePlex.

In 2021, he was seen as Raghav Manavalan in the American science fiction black comedy film Don’t Look Up.

His upcoming films are Phone Bhoot and Pippa in 2022