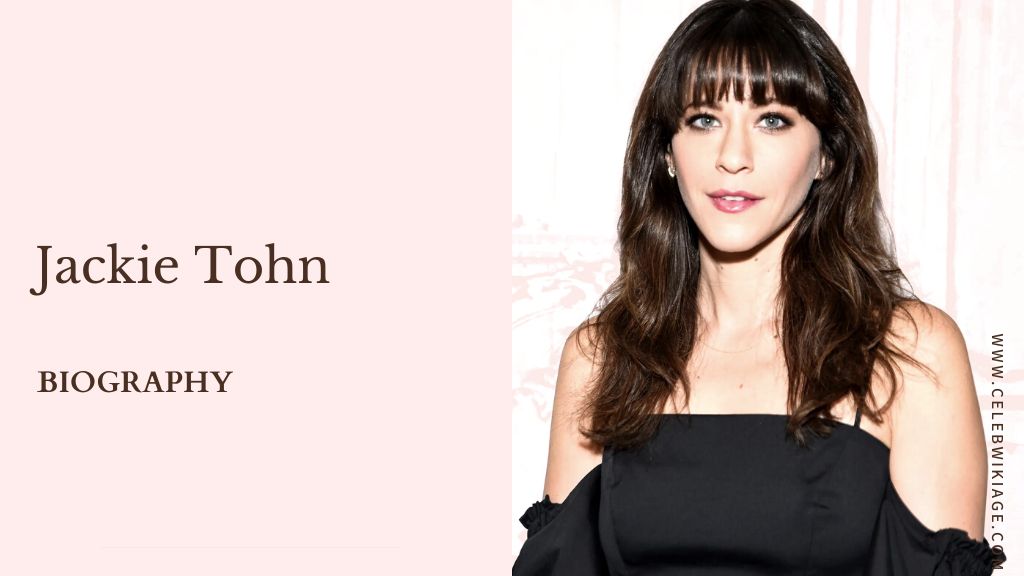 Jackie Tohn is an American actress and musician. She is best known for playing Melanie “MelRose” Rosen on the Netflix series GLOW, and for taking part in American Idol season 8, making it to Top 36 (the Semi-finals). She also took part in the 2011 songwriting competition series Platinum Hit on the Bravo network.

Tohn was born on 25 August 1980 and raised in a Jewish family in Oceanside, Long Island, New York, to physical education teachers Alan and Bella Tohn. She has two older brothers.

Tohn began acting professionally while still a grade school student. She was a student at Boardman Middle School. After high school, she attended the University of Delaware and majored in elementary education, and in the fall of 1998 was in the a cappella group the Deltones.