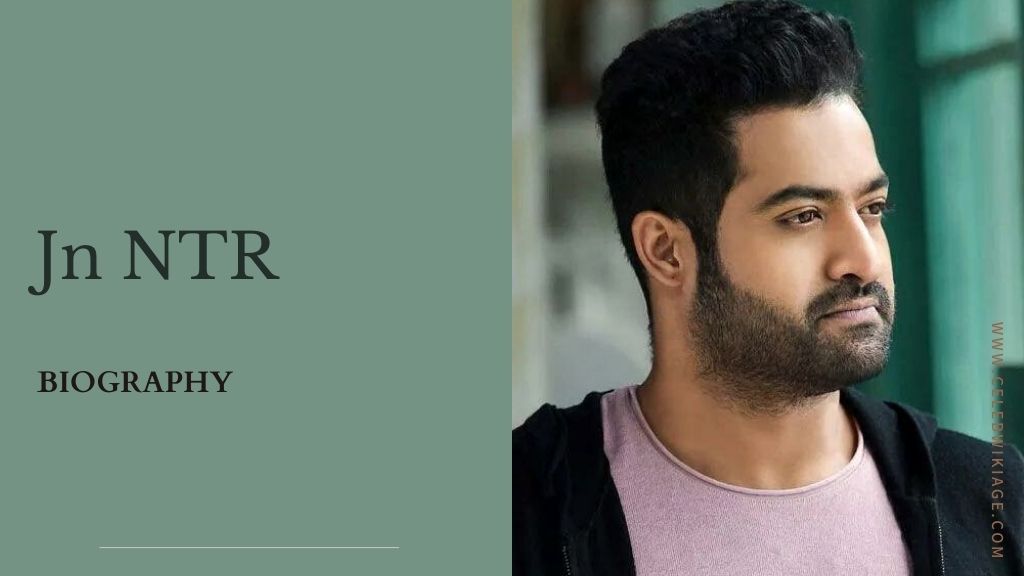 Jn NTR is The Grandson Of Legendary Telugu Actor Nandamuri Taraka Rama Rao A Former Chief Minister Of Andhra Pradesh. Jr NTR Started His Acting Career As A Child Artist In Ramayana. The Movie Won National Film Award For Best Children Film. He Made His First Debut As An Actor In 2001 With The Telugu Movie Ninnu Choodalani.

Rama Rao was born on 20 May 1983 in Hyderabad to Nandamuri Harikrishna, a Telugu film actor and politician, and Shalini Bhaskar Rao, who hails from Kundapur, Karnataka. He is the grandson of Telugu actor and former Chief Minister of Andhra Pradesh, N. T. Rama Rao.

He married Narne Lakshmi Pranathi on May 5, 2011 at the Hitex Exhibition Center in Madhapur. They have two sons, Abhay Ram and Bhargava Ram.

He did his schooling at Vidyaranya High School, Hyderabad, and completed his Intermediate education at St. Mary’s College, Hyderabad. He is a trained Kuchipudi dancer.

Tarak started his career as a child artist and a Kuchipudi dancer. He made his acting debut in Tollywood with Gunasekhar’s Bala Ramayanam. He portrayed the character of Lord Sri Rama in the film, a role “patented” by his grandfather NTR! He made his full-fledged debut in 2001 with the Telugu film Ninnu Choodalani, but it failed at the box office.

The very same year he starred in Student No. 1. This movie performed well at the box-office. After this film, he starred in  Subbu and Aadi, which was a blockbuster, and made junior NTR a well-known celeb. His film Simhadri was released in 2003. This film was a blockbuster hit and the highest grossing film in Tollywood then.

At 20, he established himself as a sought out Actor of his generation and gave his seniors a huge competition.

After 2003 his career graph tilted downwards and he gave a string of flop movies but he bounced back with the film Rakhi, which was highly successful at the box office, and applauded critically as well. His next starred in Yamadonga in 2007. This film brought him back into the super-hit stream and became the biggest hit of the year 2007 in Tollywood.

Following year he starred in Kantri, which exposed his Dancing skills went well with the audiences and thus far in his career this was for the first time, that JR NTR gave back to back hit movies.

Since 2009 he gave a string of hit films like Adhurs, Shakti, Nannaku Prematho, Brindaavanam and Baadshah to name a few. Recently Jr NTR was seen in SS Rajamouli’s epic film RRR as Komaram Bheem as A Gond tribal leader from Telangana who fought against the Nizam of Hyderabad for the liberation of Hyderabad State. In this film he is sharing screen space with Bollywood Diva Alia Bhatt in this film.

Apart from a sensational actor, he is also a philanthropist. He participates in lots of charity events and donates a significant amount of his earnings to various charitable trusts. He donated 20 Lakhs to CM’s Relief Fund which took up relief operations for people affected with Hudhund Cyclone in Andhra Pradesh.

Some Facts About Jn NTR

What is the real name of Jr NTR?

Who is the wife of Jr NTR?

When did Jr NTR married?