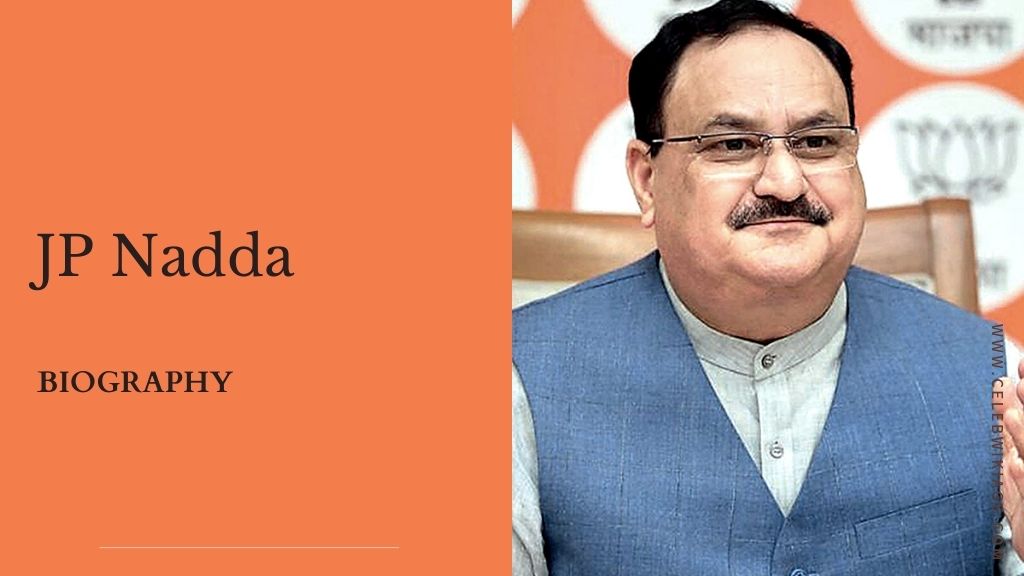 JP Nadda is an Indian lawyer and politician serving as the president of the Bharatiya Janata Party since 20 January 2020. He was the BJP’s working president from June 2019 to January 2020.

Nadda is the former Union Minister of Health and Family Welfare,and member of Rajya Sabha from Himachal Pradesh and Parliamentary Board Secretary of Bharatiya Janata Party. Earlier, he was a Minister in Himachal Pradesh Government.

Controversy over the place in the cabinet

Jagat Prakash Nadda was chosen by Modi in 2014 as a minister in his cabinet. Prime Minister Narendra Modi has handed over the reins of the country’s health ministry to Nadda. Before JP Nadda, Dr Harsh Vardhan had the entire responsibility of handling this ministry. (To The Point with Health Minister JP Nadda) At the same time, there was a lot of controversy regarding this new responsibility given to Nadda by the government. Where Dr Harsh Vardhan was shocked by this decision of BJP. At the same time, the Aam Aadmi Party had raised many questions on this decision of Modi. The Aam Aadmi Party had alleged that Nadda was behind the removal of AIIMS Chief Vigilance Officer Sanjeev Chaturvedi. It is worth mentioning that Chaturvedi had recommended a CBI inquiry into the scams involving top AIIMS officials. After which Nadda recommended the removal of Harsh Vardhan.

In the year 2016, there was a lot of uproar over a decision taken by Union Health Minister JP Nadda on NEET exam. In fact, according to an ordinance related to the NEET exam made by the government, all private medical colleges and institutions were taken under the purview of NEET. Which was opposed a lot. (JP Nadda press meet on NEET Ordinance)

Some Facts About JP Nadda