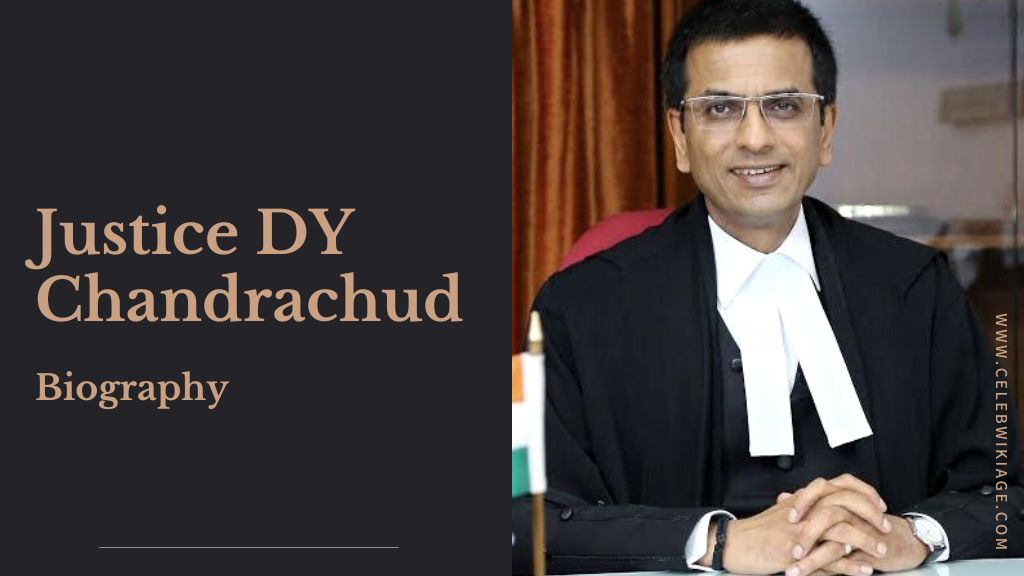 DY Chandrachud is an Indian lawyer who was elected as a judge of the Supreme Court of India on 13 May 2016.

Justice DY Chandrachud was born on 11 November 1959 in the city of Mumbai, Maharashtra. He belongs to a Deshastha Rigvedi Brahmin family.

YV Chandrachud is the longest-serving Chief Justice of India, serving for a term of 2696 days. His mother Prabha Chandrachud was a classical musician. He is an only child.

He did his BA (Hons.) in Economics from St. Stephen’s College, New Delhi; He graduated from there in 1979.

After his LLB in 1982, he worked as a trainee assisting various lawyers and judges, including preparing important notes for Advocate Fali Sam Nariman.

After graduating from Harvard, Chandrachud worked in the US at the law firm Sullivan & Cromwell LLP. Upon his return to India, he practiced law in the Supreme Court of India and the Bombay High Court.

He was selected as a Senior Advocate by the Bombay High Court in June 1998.

As a Senior Advocate, he has appeared in several important matters relating to Public Interest Litigation, Rights of Bonded Women Laborers, Rights of HIV positive workers in the workplace etc.

He was appointed by the Supreme Court to submit a report on the status of the Bombay Bench.

From 1998 to 2000, he served as the Additional Solicitor General until his appointment as a judge.

Judge of Supreme Court of India

Like his father, Justice DY Chandrachud joined the country’s Supreme Court in 2016 and has been instrumental in many cases, paving the way for several reforms. Chandrachud is also known as an advocate of women’s rights in the country.

In a landmark judgment, a bench headed by Justice DY Chandrachud in the Supreme Court directed the Indian Armed Forces and the Government of India to grant permanent commission to women officers in the armed forces, including command postings.

Similar to his nature of advocating for women’s rights, Justice DY Chandrachud was part of the majority opinion in favor of women’s entry into Kerala’s Sabarimala temple. He said that the ban on the entry of women in the temple is unconstitutional. Justice Chandrachud stood by the verdict even after a larger nine-judge bench decided to review the previous judgment.

In September 2018, when the Supreme Court read out Section 377 to decriminalize homosexuality, Justice Chandrachud’s concurrence highlighted that it is up to a person to decide who to love and with whom. It is his right to spend his life and we cannot take it away, even if a person wants to live with a person of any gender, then we cannot impose our decisions on him to make his decision.

A bench headed by Justice DY Chandrachud of the Supreme Court had recently held that marital status should not necessitate one’s right to an abortion. This decision was considered to be the final decision.

In this case of ‘love jihad’, a division bench of the apex court of Justice Chandrachud emphasized on the right of an adult woman to have autonomy and to decide on her choice of marriage and conversion to religion.

While writing the judgment for a conditional bench upholding the right to privacy as a fundamental right, Justice DY Chandrachud dismissed the Emergency-era habeas corpus case, which held that fundamental rights were not recognized as such. can be suspended when emergency is declared. The quashed judgment was passed by a bench comprising Justice YV Chandrachud.

He is married to Kalpana Das. Together, they have two children, Chintan Chandrachud and Abhinav Chandrachud, both advocates.

“If the Court were not to stand by the principles which we have, we may witness a soulful requiem to liberty.”

“The law is not a respecter of social, economic or political status and every litigant who seeks access to justice has to be treated equally.”

“Constitutional statesmanship between the two levels of governance, the Center and the Union Territory, ought to ensure that practical issues are resolved with a sense of political

“Dispersal of authority is a necessary safeguard to ensure against the perpetuation of power centres. Individuals who administer the game of cricket must realize that the game is perched far above their personal interests. Important as experience in administration is, it is far-fetched to assume —and far more difficult for the court to accept — that experience rests on the shoulders of a closed group of a few individuals. In fact, opportunities to a wide body of talent encourage a dispersal of experience and democratization of authority.”

“History and contemporary events across the world are a reminder that blackouts of information are used as a willing ally to totalitarian excesses of power. They have no place in a democracy.”