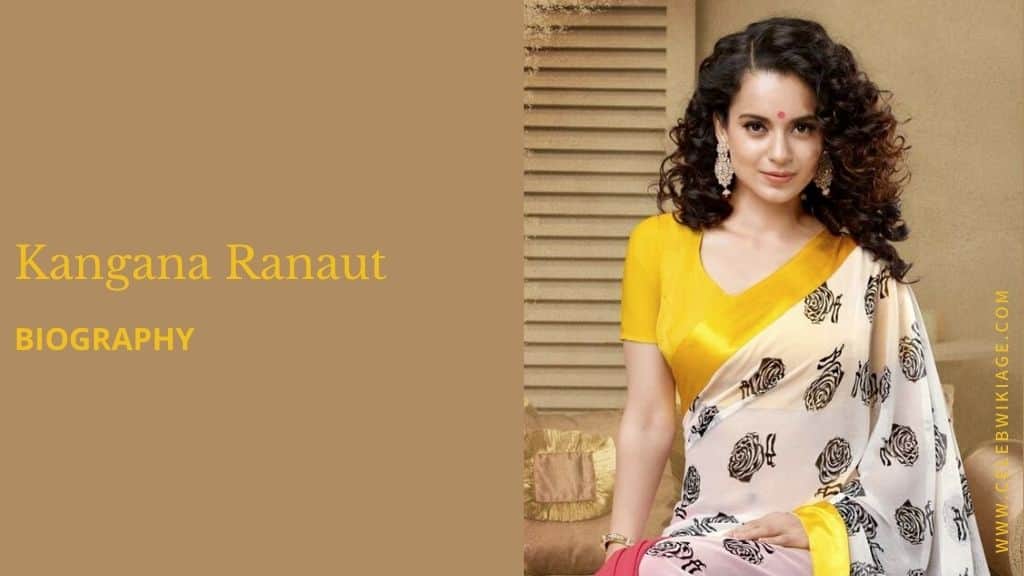 Kangana Ranaut is one of the top actresses in the Indian film industry. Kangana Ranaut name comes in the actress who gets the highest fees for the film. Kangana Ranaut has got a place in the list of Forbes India’s Top 100 Celebrities five times. Kangana Ranaut has won the National Award four times so far. Along with this, Kangana has also been honored with the Padma Shri by the Government of India in the year 2021.

Kangana did her early education from DAV School, Chandigarh. Kangana Ranaut’s father wanted to make her a doctor, but Kangana did not like studies but acting. After failing in a subject in class 12, Kangana moved to Delhi from Himachal Pradesh against the wishes of her family.

After coming to Delhi, Kangana Ranaut joined Asmita Theater and took acting training from director Arvind Gaur as well as participated in many plays.

Kangana’s journey was not over yet, she thought of moving to Mumbai and enrolled in Asha Chandra Drama School in Mumbai and also did a four-month acting course.

After initial struggles, Kangana came in contact with Bollywood film producer Mahesh Bhatt. After this, she got the lead role in Anurag Basu’s romantic thriller film ‘Gangster’. Kangana took full advantage of this opportunity. Kangana Ranaut was also awarded the Best Female Debut Award for the film ‘Gangster’.

After this she worked in Mohit Suri’s film Woh Lamhe (2006), the film was liked by the people.

In 2008, Kangana’s work in Madhur Bhandarkar’s film Fashion was very much liked and the film was a box office hit.

Kangana Ranaut established herself as one of the prolific actresses in Bollywood since 2017. In 2017, she appeared in the periodic war drama film Rangoon.

In 2019 she appeared in Manikarnika: The Queen of Jhansi and in 2020 in the sports film Panga for which she received National Film Awards. In 2021, she appeared in the biopic film Thalaiva as J. Jayalalithaa.

For the first time, in the year 2010, Kangana received the National Award for Best Supporting Actress for the film ‘Fashion’.

For the second time, Kangana received the National Award in the year 2015 for the film ‘Queen‘.

In the year 2021, once again Kangana won the National Award for the films ‘Manikarnika: The Queen of Jhansi‘ and ‘Panga’.

On 8 November 2021, Bollywood actress Kangana Ranaut was honored with the Padma Shri Award by the President of the country, Ram Nath Kovind, along with a citation. Let us tell you that the Padma Shri is the fourth-highest award given by the Government of India to an Indian citizen.

How much does Kangana charge per movie?

She charges 20 crores per film.

What is the age of Kangana Ranaut?

Which is the first movie of Kangana Ranaut’s?