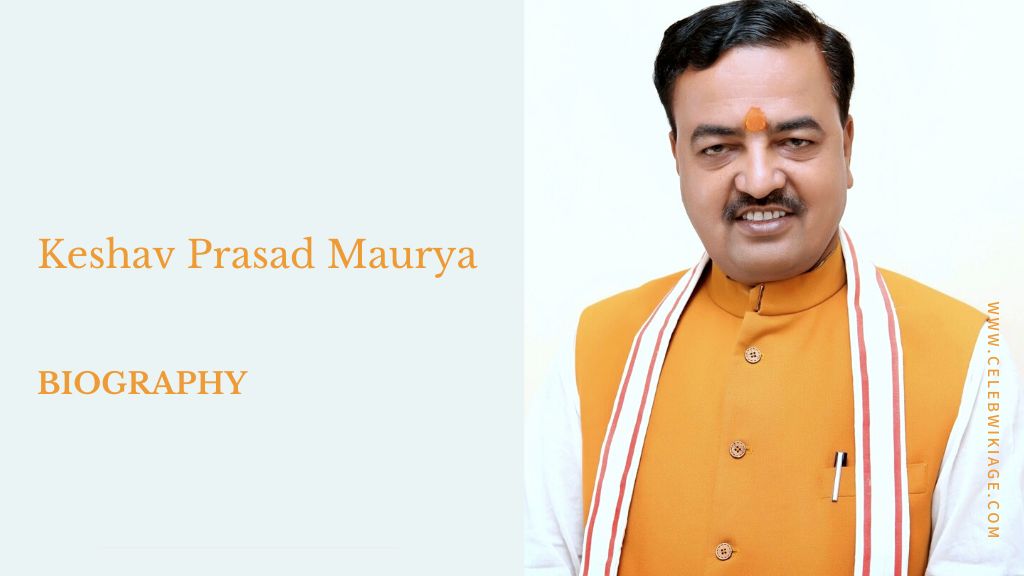 Keshav Prasad Maurya is a member of RSS besides being the Deputy Chief Minister of Uttar Pradesh. However, he has been accused of promoting mob violence during the Ram Janmabhoomi movement. He grew up in a poor household and used to sell tea as a child.

He contested the 2002, 2007 and 2012 assembly elections, facing failure in his first two attempts, but the 2012 elections turned the tide in his favour. He is currently the sitting MP of Phulpur Parliamentary Constituency in Prayagraj District.

Keshav Prasad Maurya was born on 7 May 1969 in Sirathu, a small area in Kaushambi district of Uttar Pradesh. He belongs to a farmer family. He spent his early life in a lot of difficulties.

In his early days, Keshav Prasad used to sell tea to feed his family. He did his schooling from Hindi Sahitya Sammelan, Allahabad (now Prayagraj) from where he obtained the degree of Sahitya Ratna (BA).

In 2002, he contested his first assembly election from Banda constituency and lost where he secured 204 votes. BSP’s winning candidate Babu Lal Keshav got 36748 votes.

In 2007, he lost his second assembly election by coming third with 11,111 votes. BSP’s Pooja Pal secured 56,198 which led to her victory in the Allahabad constituency.

In the year 2012, he ran a successful campaign and was elected as the MLA of Sirathu Constituency. He defeated Anand Mohan of BSP by a margin of 8863 votes.

In the year 2014, he was elected to the 16th Lok Sabha from Phulpur constituency by defeating Dharam Raj Singh Patel by a huge margin of 3,08,308 votes.

In the year 2017, he was appointed as the Deputy Chief Minister of Uttar Pradesh.

Complaint of forgery for their educational certificates:

In August 2021, the Allahabad High Court ordered an inquiry to check the authenticity of Maurya’s educational certificates and mark sheets.

The complaint claimed that “When Maurya filed his nomination for the 2007 assembly election from Allahabad West, he had submitted two mark sheets and an intermediate (plus II) certificate from the Hindi Sahitya Sammelan, which could be approved by any educational board. Not recognized.

The Allahabad High Court and the Supreme Court ultimately ruled that the degrees and certificates of the convention are not recognized. Maurya, however, dismissed the allegation as a “politically motivated allegation ahead of the assembly elections”.

Who is Keshav Prasad Maurya?

Who is Keshav Prasad Maurya’s wife?

What is the caste of Keshav Prasad Maurya?