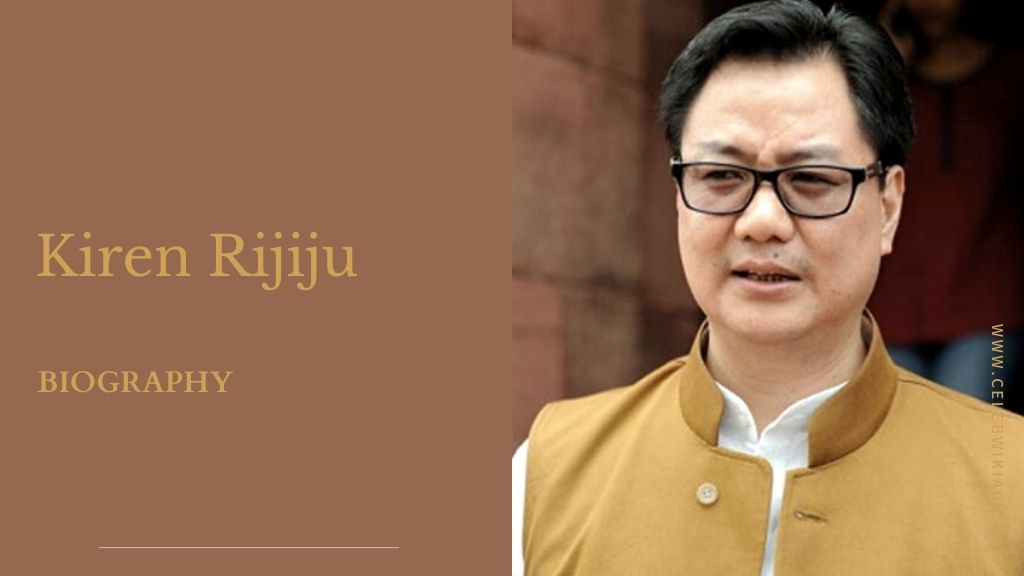 Kiren Rijiju is an Indian lawyer and politician from Arunachal Pradesh who is the Minister of Law and Justice of India in the government of Prime Minister Narendra Modi since 7 July 2021. He is a member of Bharatiya Janata Party

Kiren father was in politics, while Kiren Rijiju’s mind was also more towards social work since childhood. He started participating in movements during his school days. Kiren participated in the Festival of India in the USSR held in Moscow in 1987. Along with being interested in politics, Kiren Rijiju was also very fond of sports. He was a good athlete and has also participated in many national sports.

Rijiju became a Lok Sabha MP for the first time in 2004 by winning the election from Arunachal West. In his very first term, Rijiju impressed other leaders with his work in Parliament. However, Kiren had to face defeat in the 2009 Lok Sabha elections. After this, the BJP proposed to send Rijiju to Rajya Sabha from Gujarat, but he refused saying that he has to work in Arunachal Pradesh only.

After the defeat in the year 2009, Rijiju left the BJP for some reason, although in the year 2012, Rijiju once again joined the BJP. In the 2014 Lok Sabha elections, BJP gave Arunachal West ticket to Kiren Rijiju and he won the election and became a minister in the Narendra Modi government. In May 2014, he was made the Union Minister of State for Home.

In May 2019, Rijiju became Minister of State (Independent Charge) for Youth Affairs and Sports and Minister of State for Home Affairs. In July 2021, he became Cabinet Minister of Law and Justice in Second Modi ministry when cabinet overhaul happened.

Once Kiren Rijiju had courted controversy by saying that he himself eats beef and this is a tradition in the North East. So how can this be banned? However, he withdrew his statement as the controversy escalated.