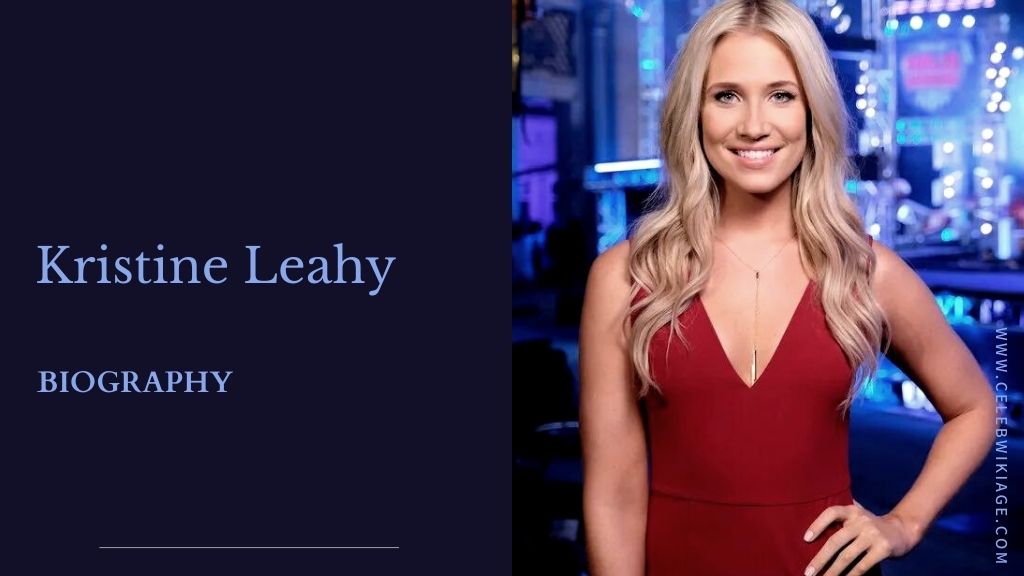 Kristine Leahy is an American television anchor and former sports journalist. She is acknowledged as an ex host on NBC’s American Ninja Warrior. She is the former co-presenter and newscaster of Fox Sports 1’s simulcast of The Herd with Colin Cowherd and was also a former host and reporter for CBS-TV in Los Angeles.

Leahy was born in Chicago, She graduated from Prairie Ridge High School in Crystal Lake, Illinois in 2005. She obtained a Bachelor of Science in Journalism from Boston University.