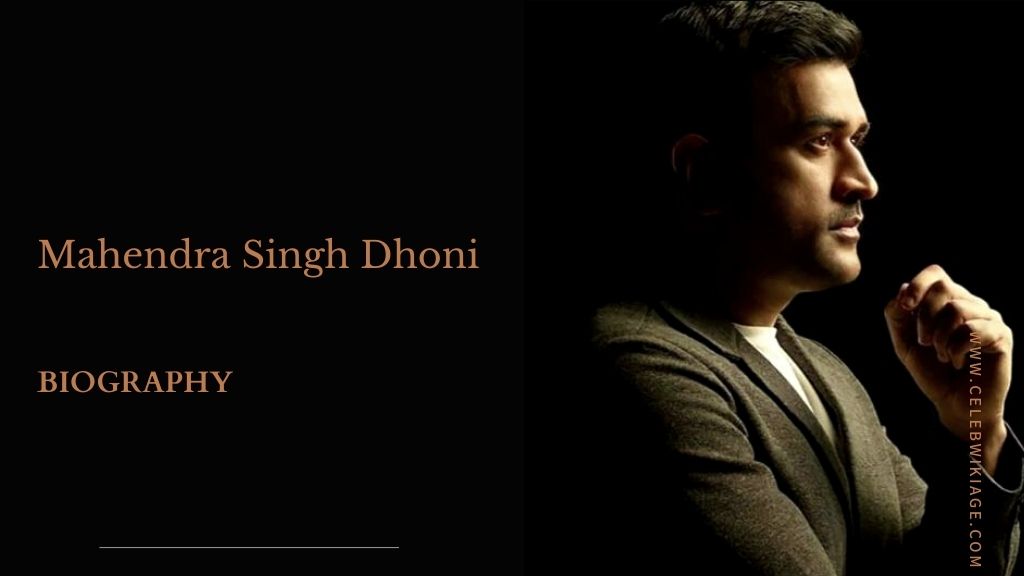 Mahendra Singh Dhoni, is a former international cricketer who captained the Indian national cricket team in limited-overs formats from 2007 to 2017 and in Test cricket from 2008 to 2014. He is currently the captain of Chennai Super Kings (CSK), a franchise based team of Indian Premier League.

Dhoni is often considered as the greatest captain of Indian cricket team. Furthermore, he led CSK to win the 2010, 2011, 2018 and 2021 edition of IPL, becoming second most successful IPL captain after Rohit Sharma.

In the year 2022, Mahendra Singh Dhoni will be seen in his upcoming film Atharva. The poster of the film was released on 03 February 2022.

Mahendra Singh Dhoni was born in Ranchi, Bihar (now in Jharkhand), and hails from a Hindu Rajput family. The old house of Mahendra Singh Dhoni is located in Langra village of Almora, Uttarakhand. His father, Paan Singh had moved to Ranchi from Uttarakhand due to his job and Dhoni’s father worked in MECON company. Apart from Dhoni, he also has a sister and a brother.

Mahendra Singh Dhoni was married to his school friend Sakshi Singh Rawat on July 4, 2010. At the time when Sakshi got married, Sakshi was studying a hotel management course in Kolkata. Dhoni became the father of a daughter on 6 February 2015. Dhoni has named his daughter Ziva

Dhoni got his early education from DAV Jawahar Vidya Mandir School in Jharkhand state. After that, Dhoni did his 12th class education from St.Xavier College.

He used to enjoy playing football and badminton since childhood. Due to his passion for these games and excellent performance in sports, Dhoni won many medals while playing for his school team.

After a time, his inclination towards cricket went on increasing. And he was included in the Vinu Makar Under 16 tournament as a wicketkeeper.

Dhoni made his ODI debut on 23 December 2004 against Bangladesh, and played his first Test a year later against Sri Lanka. In 2007, he took over the ODI captaincy from Rahul Dravid.

He announced his retirement from Tests on 30 December 2014 and captain of limited-overs game in 2017. On 15 August 2020, Dhoni retired from International Cricket

2011 – Castrol Indian Cricketer of the Year

MS Dhoni starring as a warrior named Atharva in his upcoming film Atharva – The Origin released a poster of the film on 03 February 2022.

He has been a player, captain and even a brand ambassador. But now the cricketer MS Dhoni is now ready to act. On 03 February 2022, Dhoni shared the first look of his upcoming graphic novel Atharva – The Origin with his audience through his social media account.

Some Facts About Mahendra Singh Dhoni