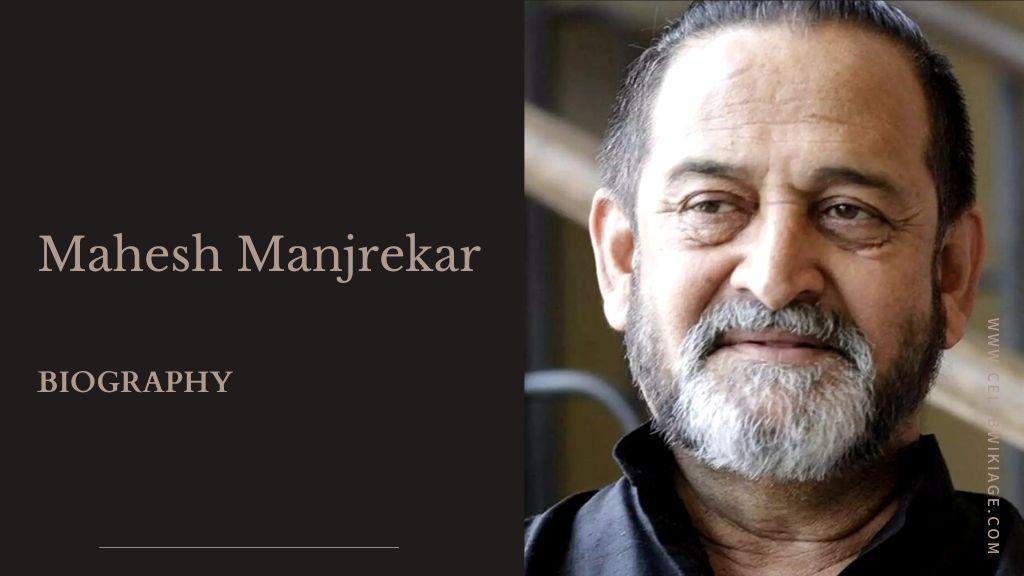 Mahesh Manjrekar is an Indian film actor, film producer-director and writer of Hindi cinema. He is known in Hindi cinema for films like Vaastav, Run, Musafir, Zinda Oh My God, Shoot Out at Wadala. Mahesh is the father of actress Sai Manjekar, who debuted in the film Dabangg 3.

Mahesh Manjekar was born on 13 May 1953 in Mumbai. Mahesh did his early studies in Mumbai.

Manjrekar was married to Deepa Mehta, a costume designer but they were divorced with whom he has two children Satya and Ashwami. Later, he married Medha Manjrekar. They have a daughter, Saiee Manjrekar, who is an actress. He has a stepdaughter, Gauri Ingawale, from his wife Medha Manjrekar’s first husband

Manjrekar has acted in several films, including some of his own productions. He was first seen in the Door darshan Marathi series named Kshitij, in which he played a leprosy patient.

He first gained acclaim as an actor for his performance in the 2002 film Kaante, and later played negative roles in the Tamil film Arrambam (2013), Telugu film Okkadunnadu (2007) and as the gangster Javed in the film Slumdog Millionaire (2008).

He played Chatrapati Shivaji Maharaj in the Marathi film Me Shivajiraje Bhosale Boltoy. He also played the role of Harpeez Dongara in the Aakhri Chunauti series of episodes in the Indian TV series C.I.D.

Manjrekar was acclaimed for the role as inspector D.R. Talpade in the movie Wanted.

He was a MNS candidate from Mumbai North West in the 2014 Lok Sabha Elections but lost to Gajanan Kirtikar of Shiv Sena.

In 2011, he launched his own production company with Aniruddha Deshpande called Great Maratha Entertainment LLP Productions.

The first film made under the banner was the Fakta Ladh Mhana which is one of the most expensive Marathi films.