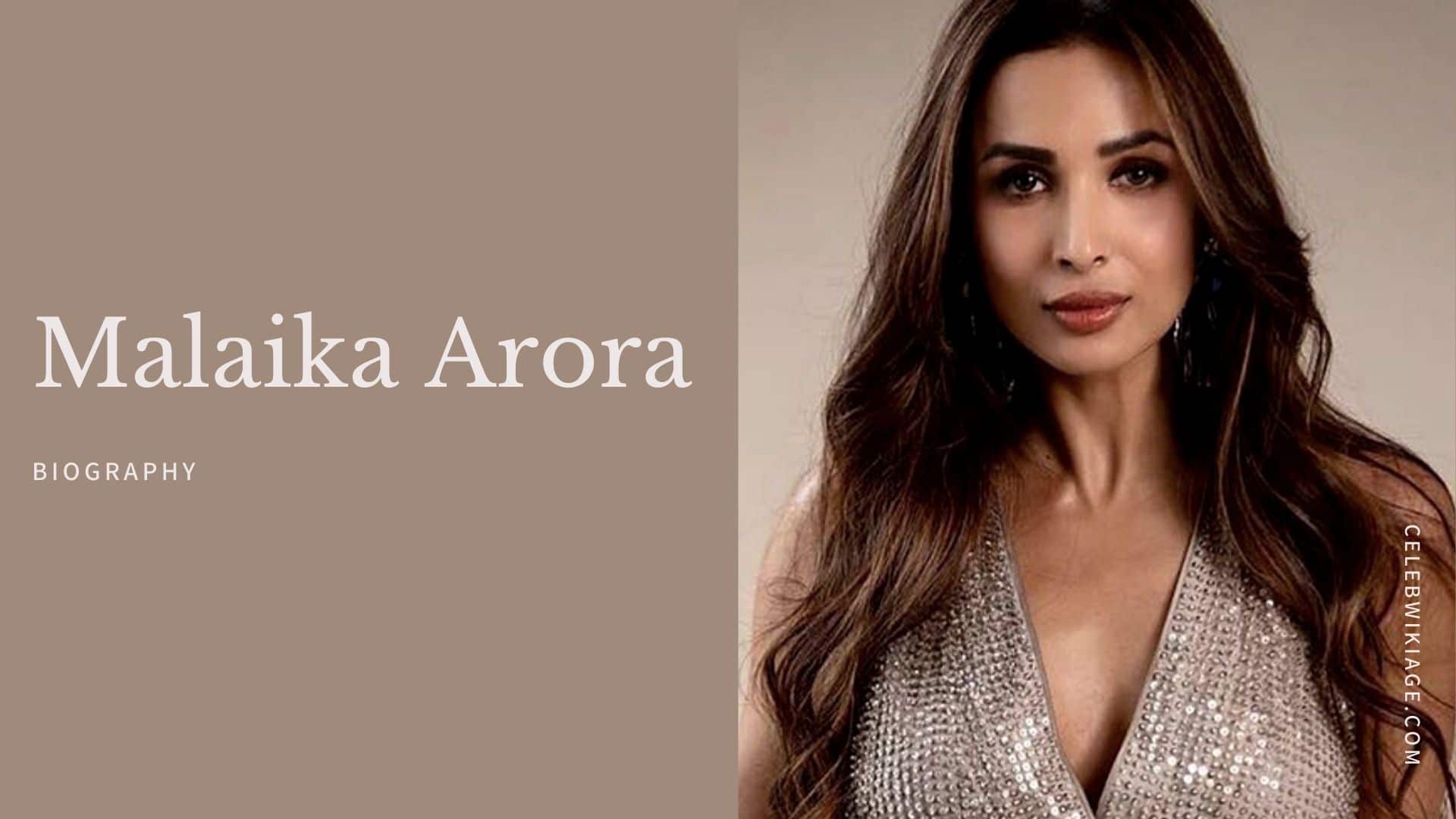 Malaika Arora is an Indian Dancer, Model, Producer and Actress of hindi films, she is known for her theme songs which she give in many songs, she starred in 1998 chal chaiyya chaiyya, In 1998 song Gur Naalo Ishq Mitha, In 2002 Mahi Ve, In 2005 kaal Dhamal, and In 2010 Munni Badnaam Hui. She is also a film producer and made a debut in the 2008 Dabaang series alongside Arbaaz Khan. who was also her Ex-Husband.

Malaika Arora’s age is 48, she was born on 23rd Oct 1973. The meaning of her name is an angel. She was born in Thane, Maharashtra. Her parents get divorced when she was three years old and shifted to Chembur. Her mother Joyce Polycarp was Malayali and her father was Anil Arora was a Punjabi and he was working in the Indian Merchant Navy.

She did her secondary school from Chembur in Swami Vivekanand School in Chembur, her aunt Grace Polycarp was the principal of the swami Vivekananda school. She was also the alumnus of Holy cross public school where she studied till her ninth grade. after that she pursued her college at Jai Hind college which was in Churchgate, but did not complete it as she was involved in her professional career, She quit college. She lived in Borla Society Chembur before starting her modeling career.

She did her schooling from Swami Vivekanand school and holy cross school till ninth grade and after that, she did college from Jai Hind Churchgate, Chembur but didn’t complete it, dropped in between because of her work commitment. When MTV started its operation in India, Malaika Arora was one of them who got selected. She is the first person who hosted the show Club MTV in India. She also did a commercial ad for various brands. She was featured in many album songs like Gud Naalo Ishq Mitha and many more.

She got more fame and recognition when she did an item song “Chal chaiyya chaiyya” in the movie Dil Se. In 2008 she did a movie EMI as a lead role but that movie turned out to be a big flop and after that, she started as a producer with her ex-husband Arbaaz khan who is Salman khans brother, and made a movie Dabaang which was super hit, also she did item song “Munni Badnaam” in that movie which was hit song.in an interview Malaika revealed that she never wanted to act in the films, she doesn’t like it. She judges the shows like Nach baliya 1, Nach baliye 2, Zara Nachke dikha  and also in jhalak Dikhhla jaa show.

When the news was out about the separation of this couple Malaika and Arbaaz, her fans were devastated by gearing this news. But later it was seen that Malaika had already been moved on and started to be with Arjun Kapoor. According to some report the reason for there divorce there could be the Ki and Ka movie actor Mr. Arjun Kapoor. It was seen in the picture that Arjun is holding Malaika’s hand and also visited her house on Diwali, but when Malaika quit her silence and said, Arjun and I are very good friends,s not more than that people should not make false assumptions about the relationship with Arjun. But Arjun had made nothing about the news.

Later in 2018 everyone knew that Malaika has her love but was not revealed but on Arjun’s birthday it was confirmed that the lover is no one else in fact it is Mr. Arjun Kapoor.

Who Is Malaika Arora Khan?

She is an Indian Actress, Dancer, Model & Television Personality who appears in Hindi Language Films.

How Old Is Malaika Arora