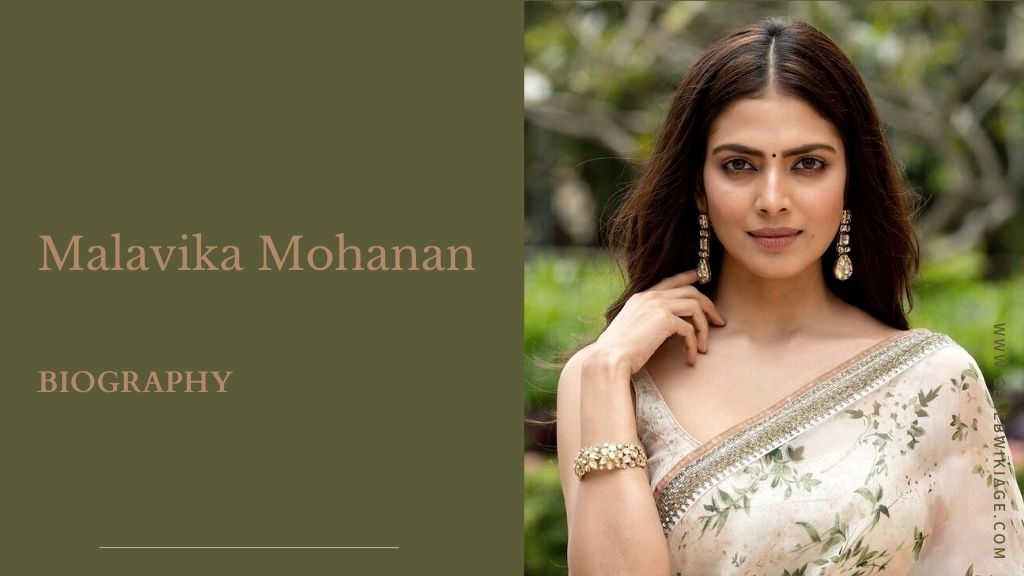 Malavika Mohanan is an Indian actress and model who works predominantly in Malayalam, Tamil and Hindi language films. She made her acting debut in 2013 Malayalam film Pattam Pole and Tamil debut with Petta (2019) & Hindi film Beyond the Clouds (2017)

Mohanan was born 4 August 1993 and is the daughter of cinematographer K. U. Mohanan. She was born in Payyanur, Kannur district, Kerala and grew up in Mumbai.

Mohanan’s breakthrough as an actress came through her role as Tara, a poor girl from Mumbai’s dhobi ghat area, in Majid Majidi’s drama film, Beyond the Clouds (2017).

In mid-2018, she signed on to appear in a role in Karthik Subbaraj’s Petta (2019), which would feature her alongside an ensemble cast including Rajinikanth, Vijay Sethupathi and Nawazuddin Siddiqui. For the film, which marked her first project in the Tamil language, Mohanan hired a Tamil-speaking tutor to help her practice her lines

She then went on to appear in the Tamil action thriller film Master (2021) alongside Vijay, in which she played the role of Charulatha, a college lecturer. It became the highest grossing film in her career

Mohanan has signed on to appear in Maaran directed by Karthick Naren opposite Dhanush and in the Hindi film Yudhra opposite Siddhant Chaturvedi. The latter is scheduled to release in Summer 2022.