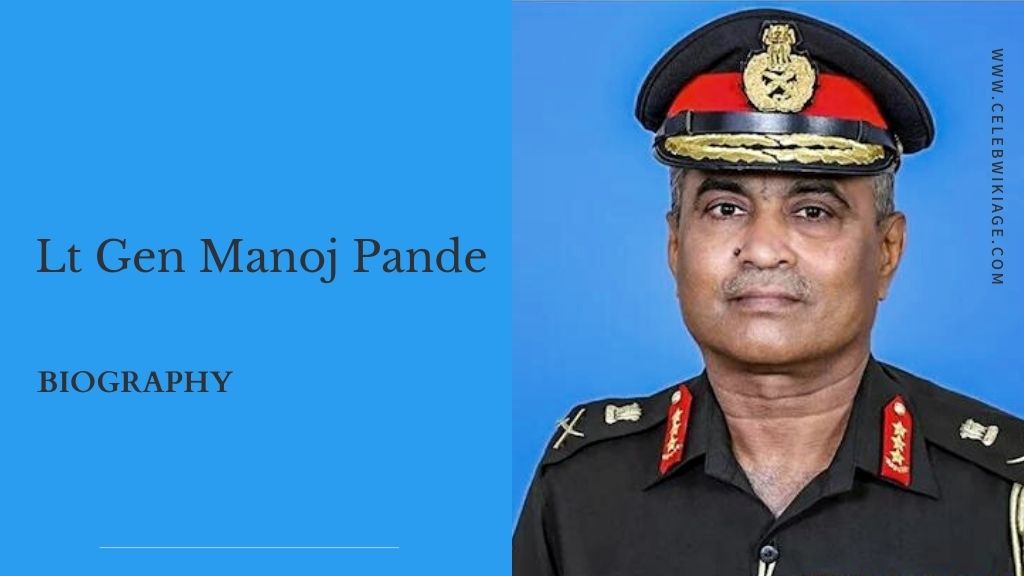 He is currently serving as the Vice Chief of the Army Staff since 1 February 2022. Previously, he served as the General Officer-Commanding-in-Chief, Eastern Command, having taken over on 1 June 2021.

He previously commanded the Andaman and Nicobar Command as the Commander-in-Chief (CINCAN).

On 18 April 2022, he was named the next Chief of the Army Staff (COAS), to assume office from 30 April. Lt Gen Manoj Pande would be the 28th COAS and would be succeeding Gen Manoj Mukund Naravane. He will be the first officer from the Corps of Engineers to become the Army Chief.

Manoj Pande was born to Dr. C G Pande, a consulting Psychotherapist who retired as the Head of the Department of Psychology of the Nagpur University, and Prema, an announcer and host with the All India Radio. The family hails from Nagpur.

After his schooling, he joined the National Defence Academy (NDA), where he graduated with the degree of Bachelor of Science. After attending the NDA, he joined the Indian Military Academy and was commissioned as an officer, whereafter he attended the College of Military Engineering, Pune, earning a Bachelor of Technology degree in Civil Engineering.