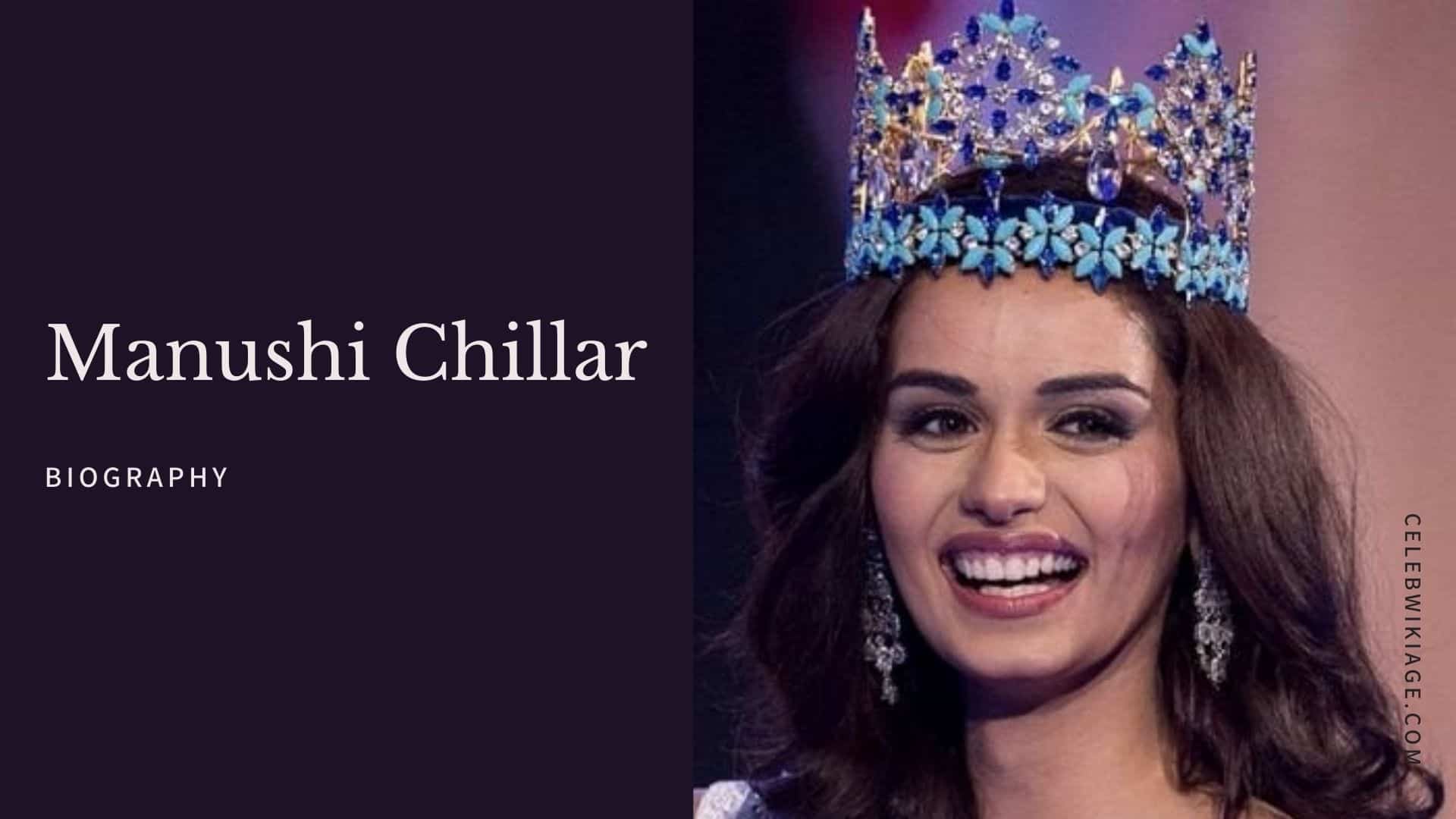 Manushi Chillar was born on 14 May 1997 in Rohtak Haryana, India. She is an Indian Actress model and Miss world 2017. She is the brand ambassador of Malabar Gold and Diamond, Club Factory. She is making her debut in Bollywood with Akshay Kumar in Prithviraj as the role of Sanyogita in a Historical period drama film.

Manushi Chillar’s journey in pageantry started with Fbb Campus Princess in 2016, Where she was one of the finalists who wore the crow by All India Institute of Medical Science which was conducted by Miss India Organisation in 2016. After that, In 2017 she won the competition of Fbb Femina Miss India Haryana. She represented her state in the Femina Miss India competition and in the final she has crowned the title which was held on 25 June 2017, also during that period Manushi was also crowned for Miss Photogenic and won that title too. After achieving all these milestones she got the chance to represent her country India in Miss World 2017 competitions and she won that Title too she became Miss World 2017.

Bollywood is the market where every year new face can be seen and the same is about to happen this year too but due pandemic everything came to halt and all the shootings were halted. When they got permission to start shooting, but cinema theatres were not allowed to open by the Govt.

However slowly everything is crawling back to its place and all the upcoming stars who were waiting to make it to the big screen will finally get a chance to display their act.

In November 2019 it was announced that Manushi Chhillar, the former Miss World would be making her debut in the world of acting. Before that, she won the Miss World pageant and she would be making her debut alongside Akshay Kumar in Chandra Prakash Dwivedi’s magnum Prithviraj, she will be playing the role of Sanyogita who was Prithivrajs lover. While talking about the first role she says “Her life is an extremely important chapter in Indian History and I will try my best to play as accurately as possible”. This movie is expected to release around Diwali 2021

In the year 2022, her film The Great Indian Family will be released, in which Manushi will be seen with Vicky Kaushal.

Manushi Chhillar is brilliant with her education, She studied in St. Thomas School Delhi, she was all India topper in English subject where she scored 96 out of 100 in CBSE Board Exam in class 12th, after that she cleared All India Pre Medical Testin her first only and started Pursing her MBBS at Bhagat Phool Medical College in Sonipat.

Manushi Chhillars’s father’s name is Mitra Basu chiller, he is a scientist in the defense research and development organization, DRDO. and her mother Neelam Chhillar who is an Associate professor and departmental head of neurochemistry at the institute of human behavior and allied science. Manushi chhillar have one brother and his name is Dalmitra Chhillar and sister Dewangana Chhillar (LLB) she belongs to jatt family.