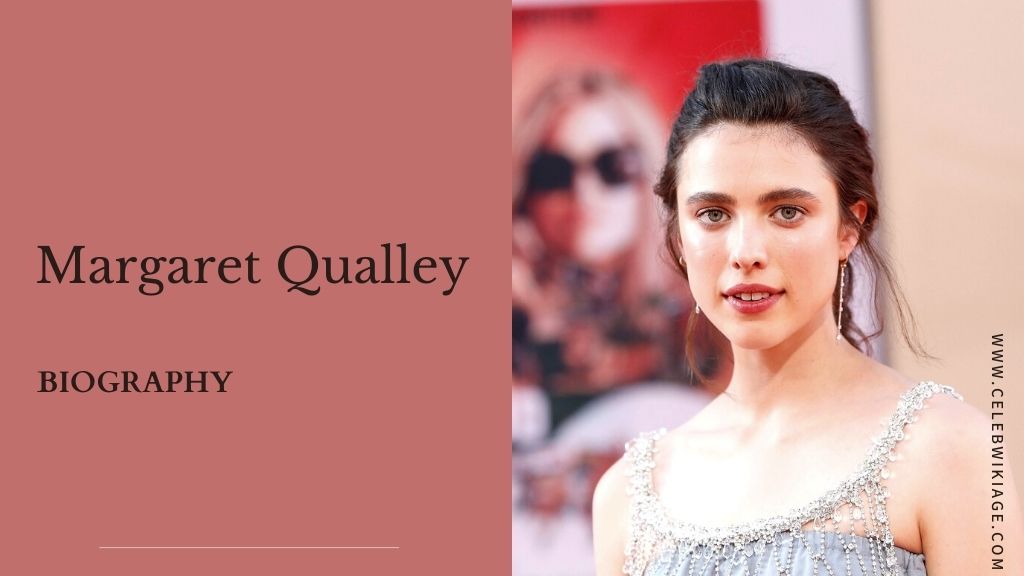 Margaret Qualley is an American actress. The daughter of actress Andie MacDowell and Paul Qualley, she trained as a ballerina in her youth and briefly pursued a career in modeling. She made her acting debut with a minor role in the 2013 drama film Palo Alto, and gained recognition for playing a troubled teenager in the HBO television series The Leftovers (2014–2017).

In 2019, she received critical acclaim for her portrayal of actress and dancer Ann Reinking in the FX biographical miniseries Fosse/Verdon, for which she was nominated for a Primetime Emmy Award. She appeared in the films The Nice Guys (2016), Death Note (2017), Once Upon a Time in Hollywood (2019), and in the video game Death Stranding. In 2021, she starred in the acclaimed Netflix miniseries Maid, which earned her a Golden Globe Award nomination.

Margaret and her siblings spent their younger years on a ranch located in Missoula, Montana. As their parents parted when she was only five, she and her siblings had to split their time equally to spend with each parent.

At the age of 14, she left home to attend the North Carolina School of the Arts to study dance. The young lady joined ballerina classes where she eventually earned an apprenticeship at the American Ballet Theatre. She then joined New York’s Professional Children’s School.

When Margaret was 16 years old, she received an offer to become an apprentice with the North Carolina Dance Theater company, but she made up her mind to quit dancing. As she did not want to leave NY, she started modeling. She wrote to her mother, saying that she did not want to become a dancer anymore. Margaret continued to say that she had made a decision to call it quits on ballet but remain in New York. She had to disclose the information in a manner that would convince her mom to accept the proposal. Later, the talented lady joined London’s Royal Academy of Dramatic Art following the decision to pursue acting. She also joined New York University later on.

In 2011, Qualley made her modeling debut at the age of 16 during New York Fashion Week, walking for Alberta Ferretti. She modeled during Paris Fashion Week Spring/Summer 2012 for Valentino and Chanel.

As of 2015, she is signed with IMG Models and Uno Models Barcelona.

In June 2013, Qualley was cast as a series regular in the HBO television series The Leftovers. Qualley reprized her role as Jill Garvey for the subsequent second and third seasons of The Leftovers in 2015 and 2017, respectively.

In 2018, Qualley appeared in Donnybrook, directed by Tim Sutton and co-starring Jamie Bell and Frank Grillo. The film had its premiere at the 2018 Toronto International Film Festival.

In 2020, Qualley starred in Wake Up, a short film directed by Olivia Wilde, and in the feature My Salinger Year, opposite Sigourney Weaver and directed by Philippe Falardeau, which had its world premiere at the Berlin International Film Festival in February 2020.

In 2021, Qualley starred in the miniseries Maid based upon Stephanie Land’s memoir for Netflix.

She began dating actor Shia LaBeouf in 2020 after they co-starred in her sister Rainey’s short film music video “Love Me Like You Hate Me”, The relationship reportedly ended in January 2021.