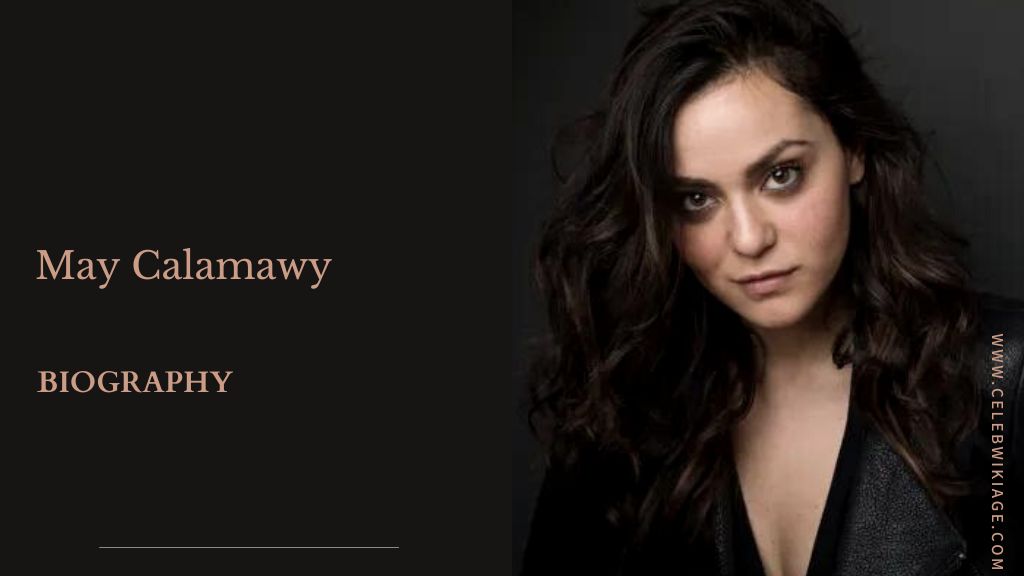 May Calamawy is a famous Egyptian actress, model, television personality, theatre artist, and entrepreneur from Bahrain. She is well- known in the industry for her amazing acting performance in the entertainment industry. In her acting career, she has appeared in various movies and TV shows.

She is known for her roles in the American television series Ramy as Dena Hassan, and Moon Knight as Layla El-Faouly.

Calamawy was born on October 28, 1986 in Bahrain to an Egyptian father who worked as a banker, and a Palestinian-Jordanian mother. She has an older brother. She also lived in Doha, Qatar and was raised between the Middle East and Houston, Texas. Calamawy is bilingual, as she speaks both English and Arabic.

She was inspired to become an actress after watching the 1992 film Death Becomes Her.

Calamawy completed high school in Bahrain, and at the age of seventeen she moved to Boston, Massachusetts to study industrial design, because her father wanted her to. She lived in Dubai for five years before moving back to the United States to pursue an acting career.

She applied to Emerson College and told her parents “if I get in, I’m going.” She was accepted and has a B.A. in theater studies from Emerson College. Calamawy has also studied at the William Esper Studio in New York City.

Calamawy started her career acting in short films and used to be credited with her full name, May El Calamawy. She later changed it to May Calamawy. After attending college, she participated in the New York Arab American Comedy Festival. From 2009 to 2014, she was dividing her time between Dubai and Abu Dhabi, acting in shorts and a TV pilot.

Her first major film role was in 2013, when she starred in Tobe Hooper’s film Djinn, which was the first horror film to be produced in the United Arab Emirates.

In 2017, she had a recurring role in the National Geographic miniseries The Long Road Home, as well as guest-starring roles in The Brave and Madam Secretary. The following year, she guest-starred in the CBS crime drama television series FBI.

In October 2018, it was announced that she would have a recurring role in the Hulu comedy-drama series Ramy, playing Ramy’s sister, Dena Hassan. In 2020, she had a voice role as Ellie Malik in the video game NBA 2K21.

In 2021, she appeared in the film Together, with Ed Helms and Patti Harrison. In January of the same year, it was announced she would appear in the Disney+ miniseries Moon Knight, which premiered on March 30, 2022, where Calamawy portrayed Layla El-Faouly, an Egyptian archeologist and estranged wife of Marc Spector (portrayed by Oscar Isaac ). Layla was the first Arab character in the Marvel Cinematic Universe.

She has alopecia areata, and was first diagnosed with the condition when she was 22. Her alopecia was included into the storyline of her character Dena Hassan in Ramy during the show’s second season.

Since 2015, Calamawy has resided in the United States.