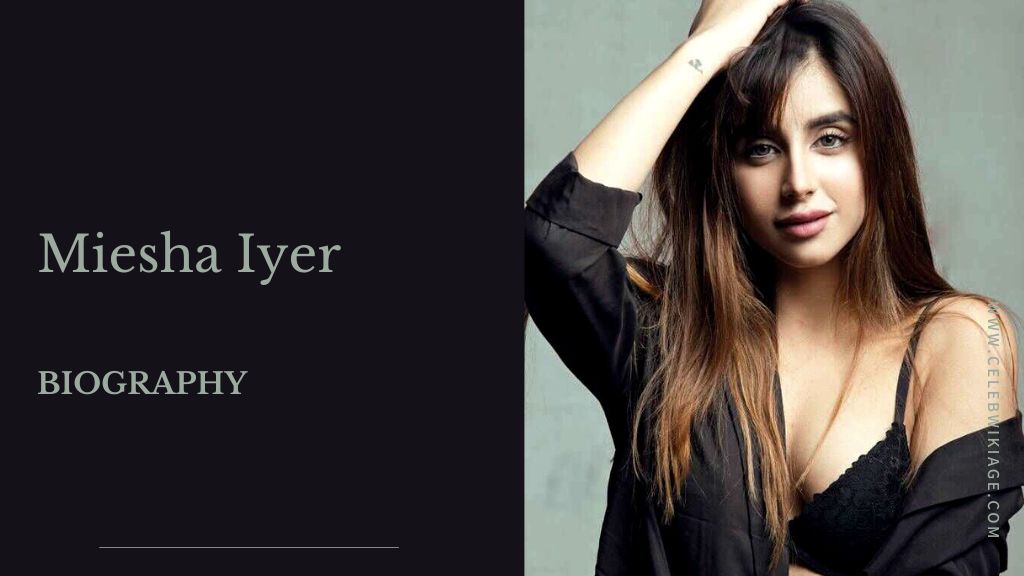 Miesha Iyer is an Indian actress and model. Her journey to fame started after she participated in various Indian reality TV shows. She is also a video jockey and reality show host.

Very few people would know that Miesha can speak many languages. She can speak languages ​​like English, Hindi, Marathi, Malayalam, Kannada and Tamil very comfortably.

Apart from TV reality shows, Miesha has also been seen in many TV commercials and she was also seen in a video commercial with Bollywood actor Ranbir Kapoor.

In the year 2021, she was selected as a participant in 15 seasons of the Big Boss show.

Misha Iyer was born on 5 April 1994 in the city of Mumbai, Maharashtra. Her father is a businessman while her mother Sakshi Iyer works in the fashion industry.

Miesha has always had an inclination towards fashion since childhood and she is often praised for her style. She started her modeling career at the age of 21 by participating in several beauty pageants.

Miesha started her acting career in the year 2017 with the popular web series “Had” directed by Vikram Bhatt. This web series was released on YouTube on ‘VB on the Web’ channel.

The following year in 2018, Miesha made her debut as a reality TV star in the first season of MTV’s reality TV show “Ace of Space”. She was also one of the top five contenders for the show. However, she was kicked out of the house on day 71.

In the year 2020, Miesha was again seen in another MTV reality show “Splitsvilla”. She participated in the 12th season of the show. She was accompanied by his fellow-contestant Ashish Bhatia as the host. And the couple was declared the first runner-up.

In the year 2021, Miesha got a chance to appear in the show as a participant in the Indian controversial TV reality show Big Boss 15.

Who is Miesha Iyer?

Miesha Iyer is an Indian actress and model.

Who is Miesha Iyer’s boyfriend?

Where was Miesha Iyer born?

Miesha Iyer was born on 5 April 1994 in the city of Mumbai, Maharashtra.