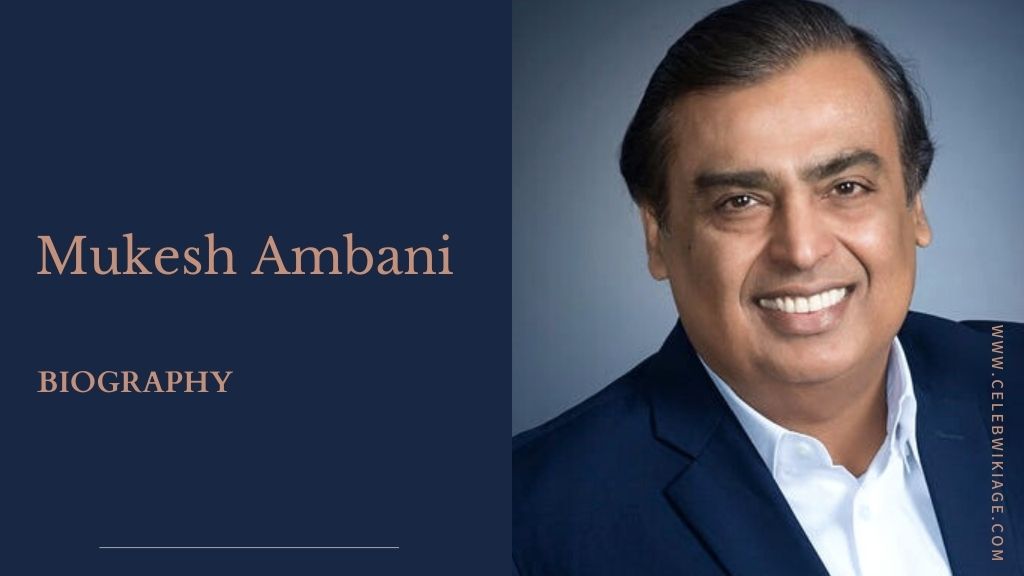 Mukesh Ambani is an Indian business magnate and chairman, managing director, and the largest shareholder of Reliance Industries Ltd. (RIL), a Fortune Global 500 company and India’s most valuable company by market value. According to Forbes and Bloomberg Billionaires Index, Ambani’s net worth is estimated at around US$101.8 billion as of April 2022, making him the second-richest person in Asia and India and the 9th richest person in the world.

Mukesh Dhirubhai Ambani was born to Dhirubhai Ambani & Kokilaben Ambani, on 19 April 1957, in Yemen. Dhirubhai Ambani, who began his career as a gas station attendant, had four children. He grew up with his two sisters Nina Bhadrashyam Kothari & Dipti Dattaraj Salgaonkar, and brother Anil Ambani.

Because of the growing volatile political situation in Aden, the family moved to the Bhuleshwar neighbourhood of Bombay in 1958, wherein they resided in a chawl or communal two-room apartments with low rent. Dhirubhai and a relative launched Reliance Commercial Corp. in the same year, which expanded from a commodities-trading operation run out of a one-room renting facility into RIL.

Mukesh Ambani and his brother Anil Ambani both graduated from Hill-Grange High School on Peddar Road in Mumbai. To complete his Senior Secondary Education, he was accepted into St. Xavier’s College in Mumbai.

Ambani graduated from the University of Mumbai with a bachelor’s degree in chemical engineering and then went on to Stanford University for a master’s degree in business administration. He did, however, leave the program in 1981 to be with his family.

He married Nita Ambani in 1985 and they have two sons, Akash and Anant, and a daughter, Isha, who is Akash’s twin. They met after his father attended a dance performance which Nita took part in and thought of the idea of arranging a marriage between the two.

They live in Antilia, a private 27-storey building in Mumbai, which was valued at US$1 billion and was the most expensive private residence in the world at the time it was built. The building requires a staff of 600 for maintenance, and it includes three helipads, a 160-car garage, private movie theatre, swimming pool, and fitness centre.

In 2007, Ambani gifted his wife a $60 million Airbus A319 for her 44th birthday. The Airbus, which has a capacity of 180 passengers, has been custom-fitted to include a living room, bedroom, satellite television, WiFi, sky bar, Jacuzzi, and an office.

Some Facts About Mukesh Ambani